Uzalo renewed because it brings in most advertising revenue: Zuma-Ncube 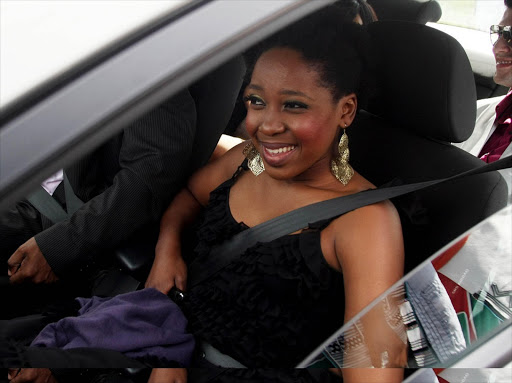 Gugulethu Zuma - 1985 The celebrity of the family and has genuine love for television. She became famous after her appearance on the popular drama Isidingo where she played Lesedi Moloi. Born in 1985, she is Nkosazana Dlamini-Zuma’s second daughter and has made it crystal clear that she is not interested in politics. Gugu’s controversy came into the spotlight when eThekwini Municipality spent R5million on the SABC1 drama, Uzalo, where she is a director.

In a series of tweets posted on Sunday‚ Zuma-Ncube dismissed the report saying her show had never be decommissioned.

“Fact: I’ve produced the most successful show in RSA & arguably in the history of this country‚ but still being persecuted with lies. #Uzalo‚” she said.

Zuma-Ncube said her show was renewed because they are “currently bringing in the most advertising revenue for the SABC”.

She added that the show‚ which is produced by the Stained Glass Productions production company which she co-owns with Kobedi “Pepsi” Pokane‚ does not receive special treatment from the state broadcaster due to her relationship with president.

“Fact: I can’t help who my parents are. But what I have always done is to put my head down and I work harder than everyone around me. #Uzalo”.

Fact: #Uzalo was recommissioned because we broke all viewership records in our time slot. We were & continue to be the number 1 show in RSA

Fact: # Uzalo was recommissioned because we as a show are currently bringing in the most advertising revenue for the SABC.

Fact: In 4 years #Uzalo will producer 628 episodes. 156 each season‚ not 13 per season as the Sunday Times claims.

Fact: I will not assume anything in that article was correct. #Uzalo

Fact: Hired more than 100 people‚ given opportunities 2actors no-one had seen b4. Leading the charge of decentralizing SA tv industry.#Uzalo

Keeping up with the Zumas - Get to know the children

Fact: Hired more than 100 people‚ given opportunities 2actors no-one had seen b4. Leading the charge of decentralizing SA tv industry.#Uzalo

Fact: literally being the best at what I do doesn’t matter. I’m still being used in political fights that have nothing to do with me. #Uzalo

Fact: The article in the Sunday Times this morning about Uzalo was some idiotic bullshit! #Uzalo