How to bribe your way to a licence in Johannesburg 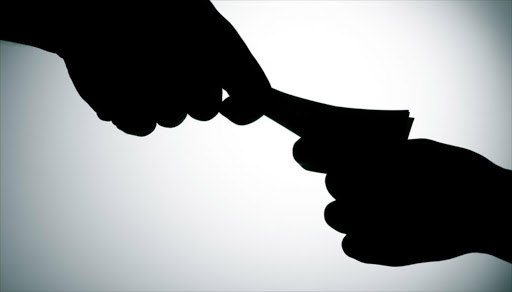 For between R2‚500 and R4‚300‚ you can get a learner’s and a driver’s licence from the Randburg Licensing Department – if you are prepared to bribe an official.

I have been twice to the offices and on both occasions I was offered licences in exchange for bribes.

We were alerted by a tip-off from a Johannesburg man whose wife had failed her learner’s test at the offices three times and‚ at the last booking‚ was offered a licence in exchange for a bribe of R1‚000.

The man said he and his wife had refused the offer‚ but had noted the name of the official – a certain “Jo”.

His full name is known to GroundUp.

Jo said that the day before he had charged three men R1‚500 each for their learner’s licences but he would do a “favour” for me.

He said he had to pass some of the money on.

While in conversation with me‚ Jo handed the phone to a client of his called “Natalie”. She said that Jo had charged her R300 for a renewal of a licence. She said Jo had stopped her in the offices’ parking lot and offered to help her.

“[I did] everything through Jo. It took me 25 minutes. He’s very efficient. When you get here just say‚ can I speak to Jo. They all know who Jo is.”

When Natalie handed the phone back to Jo‚ she could be overheard saying; “Sjoe‚ you’re a businessman‚ hey?” She told him she was happy with his service and thanked him.

Jo took back the phone and told me that bookings for learner’s licence examinations were full until the end of August and even into September‚ but that he could make a plan to include me on a test scheduled for 5 July.

He said six other clients who had paid him for a learner’s licence would be writing on that day. All that was needed was payment‚ two ID photos and a copy of an ID book.

Staff would scan the documents so that the licence was on the system.

“[You] don’t even spend two or three hours here. Thirty minutes you going out. They do the thumb print‚ signature and you give them R68 [and] you are out with the learner’s.”

I went to the offices and met Jo inside.

He said that he was a well-known figure at the Randburg Licensing Department and had been working there for four years. He said he was not afraid of anyone and was willing to talk openly about the deal he thought we were about to make.

I stopped short of paying Jo the money because to do so would have made GroundUp complicit in a crime.

After unsuccessful attempts to confirm over the telephone that Jo is indeed an employee of the Johannesburg Metro Police Department (JMPD)‚ I visited the offices a second time.

This time I stumbled upon a JMPD officer‚ in uniform‚ who said he could also assist us to buy a learners and drivers’ licence.

The employee‚ who said his name was Lucky‚ and who sits at the reception desk‚ assured me that because he worked at the JMPD‚ he was a safer option than Jo‚ whom he accused of being a thief.

“He’s cheaper‚ but what if he takes your money and doesn’t do anything? Unlike me‚ I can’t rob you. I work here. You get what I mean?“

For a driver’s licence‚ he said‚ a customer must arrive in his or her own vehicle and an instructor would provide guidance as to how to pass the yard test (basic manoeuvring skills‚ parking‚ car inspection). The road test would be rigged to ensure a pass.

I also heard Lucky talking to another customer about his driver’s test. Lucky assured the caller: “You must organise a truck. The guy for the truck charges about R600 and then (take) at least one lesson‚ because you know how to drive. So it’s just one lesson. And then when you go in‚ he (the inspector) will know that I’ve already spoken to him. And then he’ll just guide you. ‘Go here and there‚ do this and this’‚ until you are finished.”

Lucky was careful to tell his client that his fee did not include the cost of hiring the truck or the driving lesson.

Meanwhile‚ JMPD spokesperson Wayne Minaar said that any officer who participates in soliciting bribes would have to appear before a disciplinary meeting.

“The JMPD does not tolerate corruption.”

He also referred GroundUp to the head of Internal Affairs‚ Sam Sethagu‚ who would further investigate the evidence we collected.

Numerous attempts to phone the Randburg Licencing Department proved unsuccessful. The listed phone numbers appear to be out of order.

Read the full on GroundUp