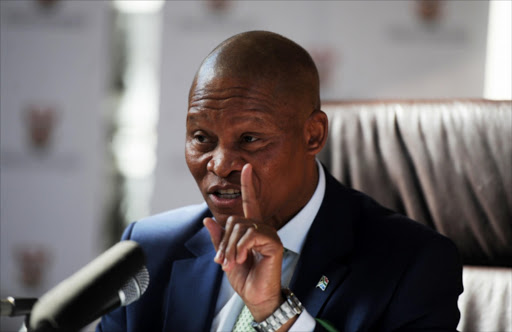 Chief Justice Mogoeng Mogoeng told black executives to appreciate the sacrifices that many people made during the struggle against apartheid for their emancipation.

Mogoeng‚ who was addressing the BMF’s 40th anniversary celebration in Kempton Park on Friday‚ said when they celebrated they should focus on challenges that lay ahead.

“What a privilege that at a time when many laid their lives down so that South Africa can be free‚ and actually died in big numbers. They shed their blood‚ they sacrificed.

“Many family lives were destroyed‚ many were forced to abandon educational opportunities that I and many others pursued so that we can be free.”

He warned that he should not be regarded as speaking politics. “By the way in case people misunderstand where I am coming from this is not politics‚ this is Constitution speak. Read the preamble.”

He mentioned the right to vote which the black majority had been denied before.

“People lost their lives for the right to vote.”

He questioned whether South Africans have dealt with racism and the land issues which were the source of previous conflicts.

“The one achievement that is undeniable is that we are now able to vote‚ but is that all? Have we put an end to racism? which is one of the reasons why we were for a long time a nation at war with itself.”

“What about land ownership? Have we done all that is to do as South Africans to find peaceful ways‚ constructive ways to solve that?“

Mogoeng likened the BMF to the biblical Moses who led his people to the promised land.

Mogoeng observed that white people still occupied most of the land and black people were still denied access.

“What solutions have we brought to the fore to avoid the deaths and the suffering that I have alluded to? To avoid even some of the experiences in jurisdictions of not too far from where we are that could have possibly been handled better?

“The challenge for all South Africans is this: let us find an effective way and practical solutions to the land issue. It is a thorny issue‚ it is an emotive issue‚ it is a very‚ very serious issue‚” he emphasised.

Mogoeng added that on one of the occasions when he had addressed white people he told them that “the time for spin doctoring is gone”.

“To say there is a lot of land in the hands of government that is yet to be distributed is spin doctoring that can only go far in addressing the hunger that South Africans have for the land.”

He said black South Africans have to be meaningful players in the economy of the country.

“Until black people graduate from feeding on the crumbs of the economy and pierce through the corporate veil that has been denying them the opportunity to occupy the commanding heights of the economy there is not enough influence they will have‚” he said.