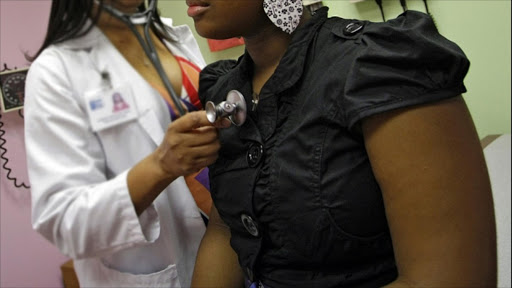 Public health institutions are still a first port of call for the majority of households whose members fall ill or have accidents.

This is the finding of the General Household Survey 2015‚ an annual household survey conducted by StatsSA since 2002.

The survey is aimed at determining the progress of development in the country and measures the performance of programmes as well as the quality of service delivery in a number of key service sectors in the country‚ including health.

StatsSA said only 0.5% of respondents said that they would first go to a traditional healer.

“It is noticeable that the percentage of households that would go to public or private facilities have remained relatively constant since 2004 when the question was first asked in the General Household Survey.”

This could be attributed to the low number of households with medical aid.

The survey found that between 2002 and 2015‚ the percentage of individuals covered by a medical aid scheme increased by approximately 1.6 percentage points to 17.5%.

“During this time the number of individuals who were covered by a medical aid scheme increased from 7.3 million to 9.5 million persons‚” StatsSA

Nearly a quarter (23.5%) of South African households had at least one member who belonged to a medical aid scheme.

The survey showed that 73.3% of white individuals were members of a medical aid scheme‚ compared to 44.5% of Indian/Asian individuals while only a paltry 10.6% of black Africans had such membership.

“It is still worth noting that the overall percentage of individuals covered by a medical scheme in the whole country is still worryingly low at 17.5%.”

Only 57.6% of individuals that used public healthcare facilities were very satisfied.