Admitting our prejudices is key to unity 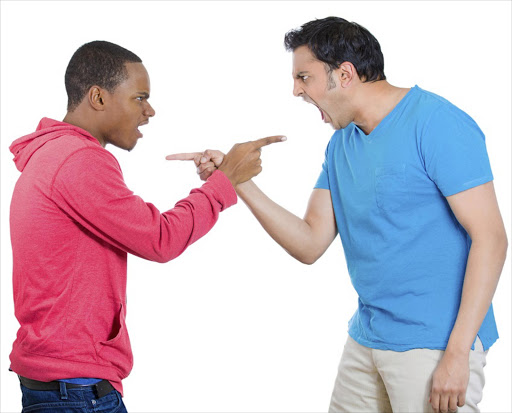 How often do we interrogate our own prejudices? Do we value the currency of introspection? How important is reflection in our daily existence? What place does empathy occupy in our interaction with one another as members of this society?

As we are confronted with the reality of white people who continue to harbour racist stereotypes, especially from white people who are learned and in positions of responsibility, many of us are left disillusioned.

It has been more than two decades since the 'new' South Africa came into being. We should be past this already, shouldn't we?

The problem with us is that we have underestimated and continue to underestimate the magnitude of the work of healing and reconciling a deeply divided and broken society.

We are also guilty, as ordinary citizens, of believing that this work is the work of politicians and public servants.

As members of different race groups, we encounter each other daily. We may not be friends or be part of the same social circles but we meet at work, at school, we rub shoulders as we walk down shop aisles getting our groceries.

The glaring thing about these interactions is the pretentious politeness. Although in truth some of us harbour resentment, others fear, still others hatred and hostility towards members of other race groups, we are never brave enough to be honest.

Perhaps it's not just a matter of a lack of honesty. Many of us - black, white, coloured, Indian - are brave enough to express our real feelings and attitudes in the privacy of our homes.

And because we put up Facebook posts and tweet in the comfort of our homes, some of us forget that these social media platforms are actually not private, 'safe spaces', but very public platforms. That is what Penny Sparrow and now Judge Mabel Jansen overlooked.

As angering and exasperating as it is to be confronted by the honest expression of racist attitudes and stereotypes, it is necessary.

If these are kept under wraps, we continue to live in an unreal world. If these sentiments are not made public, how can they be censured and corrected? How do we save another generation of South Africans from indoctrination with these mean-spirited and false world views if they are not tackled in the open?

Now that they are in the open and are the subject of public discourse, what opportunity does this present?

We need to talk. Blacks, whites, coloureds, Indians; we need to begin to talk to each other and be honest.

I was very recently given the opportunity to be in the same room with young and old people of different races and experiences. And it changed my life. It not only compelled me to face my own prejudices and resentment. I also came face to face with white youth who are burdened with the guilt of an unjust privilege.

At the end of four days in a room together we discovered that we share one common thing: the desire to live in a more united country and to bequeath a better legacy on future generations. We know it won't be easy but we are willing to put in the work.

I am grateful to that group of leaders of yesteryear who were on both sides of the divide like Roelf Meyer and Ebrahim Ebrahim and who have recognised the need to facilitate these open and honest dialogues between this country's race groups.

The question is, are we willing, as a society, to put in that work? It starts with an open and honest dialogue, a willingness to empathise and to be corrected.