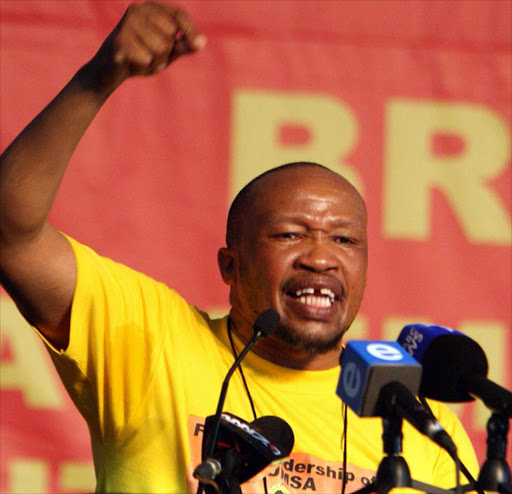 It is not the Guptas‚ but the “institutionalised corruption of the whole white monopoly capitalist system who are the people who have captured the state”.

“This year we...mark Human Rights Day under the shadow of the massive scandal of corruption‚ cronyism‚ squandering of public funds‚ and waste of resources‚” wrote Jim.

While not naming the politically connected family that has been grabbing headlines recently‚ Jim said: “This is not just because of the actions of one family or a few corrupt politicians‚ but the inevitable result of creating a neoliberal capitalist state‚ in which rising profits and appeasing credit rating agencies is the sole measure of success.”

That did‚ however‚ not pardon the ruling party as Jim added that the African National leadership “are equally guilty of presiding over our economic catastrophe and endemic corruption”.

Jim said that a state of “economic apartheid and widening inequality largely reflected along racial lines 22 years after the so-called ‘democratic breakthrough’ has emboldened white supremacists to emerge‚ and are openly attacking black and African people”.

The same “economic apartheid and widening inequality”‚ Jim said‚ “has led to extremely angry black and African communities taking to the streets‚ often violently‚ in protests over the slow pace of transformation in their daily lives and against corruption by municipal councillors and their business friends”.

“Meanwhile‚ the wealthy minority white and their black parasites barricade themselves into walled fortresses protected by electric fences‚ security barriers and armed guards‚” he added.

Jum said Numsa insisted that “employers give their workers time off to celebrate this historic day and enjoy their break from work”.

“It must not be business as usual in our shopping malls but a time to remember Sharpeville and its significance today. No workers must be forced to work‚ except those providing genuinely emergency services‚ and these should be paid double time or give them a day off in lieu.”