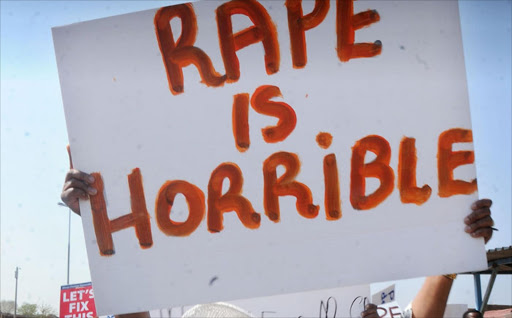 The University of Cape Town celebrated the arrest of a suspected serial rapist but a support group slated the institution on Saturday for failing to rid itself of “rapists” in its “classrooms and residences”.

Western Cape police spokesman Andre Traut said a 35-year-old man was arrested in a hide-out on the slopes of Table Mountain below Rhodes Memorial in the early hours of Saturday.

He said the man was linked to a rape in the area on November 19 last year. “The possibility the same suspect … could be linked to similar cases in the area is now part of the investigation.”

On Thursday‚ UCT said another student was attacked‚ assaulted and raped off campus on Tuesday evening‚ and offered a R100‚000 reward for the attacker’s conviction.

“All indications are that the attack has similarities to three previous recent attacks that occurred near Rhodes Memorial and that the assailant might be the same person involved in these other cases‚” it said.

UCT congratulated the police for the arrest and Student Representative Council president Rorisang Moseli said: “We must commend the police for working tirelessly on this case.

“We will continue to call on the management to make more resources and security available to ensure that students can freely move around that area.”

But support group UCT Survivors‚ which fights discrimination‚ sexual harassment and rape at the institution‚ was not impressed.

“What about all the rapists in their classrooms and residences that UCT did not offer a reward for?” it said.

The group said a “Discrimination and Harassment” document which accused management of negligence in dealing with cases of sexual violence‚ was being kept under wraps.

“Council‚ one of UCT’s decision-making structures‚ is meeting to talk about the document next week and we are calling for the meeting to be open and not happen at a secret venue.

“There will be a mass meeting against sexual violence on campus on Thursday so that we can push for these demands.”

“The team aims to provide survivor-centred‚ compassionate and comprehensive services on campus. It includes a medical practitioner‚ counsellors‚ staff from the student wellness service and representatives from campus protection services.

“There will also be a prosecutor and representatives from the nearest police station‚ the Rape Crisis centre and the hospital emergency room.”