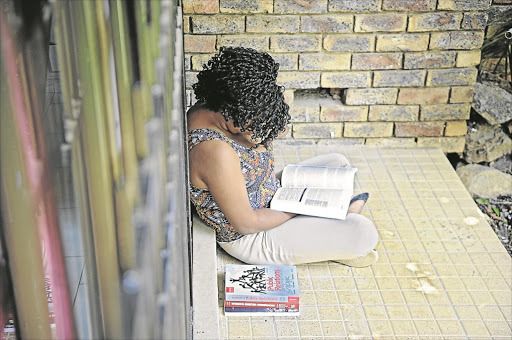 Distraught over being blocked from registering at the University of Johannesburg (UJ) due to debt, a student attempted suicide.

Mandisa Zwane, 21, overdosed on an assortment of tablets she collected in her home, in a bid to end her life.

She ended up unconscious at the Ermelo Provincial Hospital in Mpumalanga last weekend, where doctors scrambled to save her life.

Owing UJ more than R18000 for her first year public relations studies in 2015, Zwane's attempts to fund her second year were unsuccessful.

First her application for a National Student Financial Aid Scheme (NSFAS) loan was rejected on the grounds that her father has a monthly income of R10000.

This puts her in the so-called "missing middle", those students who do not qualify for NSFAS funding because they are from families with a combined annual income exceeding R122000.

The Department of Higher Education and Training last month told the National Assembly 71753 crisis due to NSFAS's shortfall of R4.582-billion. The final straw for Zwane was when she was told for UJ to unblock her, she had to pay R9500. But she only had R3850 for registration.

Speaking in Johannesburg where she is staying with a friend while she tries to register, Zwane told Sowetan about her suicide attempt. "A part of me feels this is another chance for me to live, but on the other side I feel I shouldn't have survived.

"When I drank those pills I felt like that was the only way out; varsity was the only thing that kept me sane.

"I prayed to God let this be the last time I suffer. I don't see a way forward. I just don't."

Zwane finds it unfair NSFAS excluded her because her father earns a little more than R10000.

"My father pays for three children in high school. He can't do much because they need to eat at home."

Mandisa's mother Zinhle Zwane, who works at a local library, said she found her unconscious last Friday and rushed her to hospital.

"It's painful [for the family]. Just because things aren't going right, it doesn't mean life has to be over."