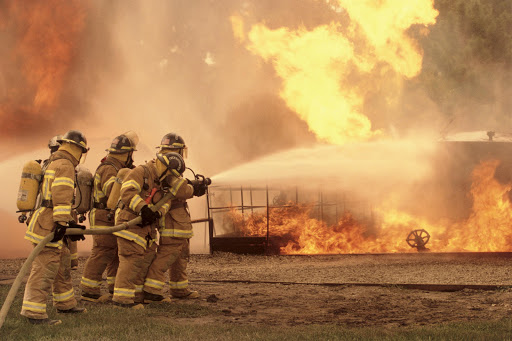 The recruitment of nursing students from outside of Limpopo's Sekhukhune district is believed to be behind the torching of a nursing college campus based at St Ritas Hospital in Glen Cowie.

Otto said residents in the area complained that the college was excluding locals in favour of people from other areas.

She said the road was blocked with a public phone container and bricks.

The campus is one of five campuses under the Limpopo College of Nursing that has been part of the government's initiative to recruit more nurses amid severe shortages in the profession.

Molepo dispelled allegations that people in the area were not recruited for nursing studies.

"All learners are afforded equal opportunity to apply. It is not true that all of them are coming from districts outside of Sekhukhune."

He said the government wanted to promote cultural exchange by placing people in districts outside of their own.

"We have learners from Sekhukhune in Vhembe and Mopani districts. They must learn the different cultures because they will be working with those communities.

"Student nurses are now frustrated because they are about to start their exams. This is going to affect their preparations."

Molepo said the incident was unfortunate as the Sekhukhune district was severely disadvantaged when it comes to healthcare facilities.

Provincial health department spokesman Macks Lesufi said they would meet community leaders and conduct a full assessment of the damage .

Lesufi said only the offices used by lecturers were destroyed while classrooms remained intact.

"We find this very disturbing and we see this as an act of irresponsibility on the part of those who torched the facility," he said.