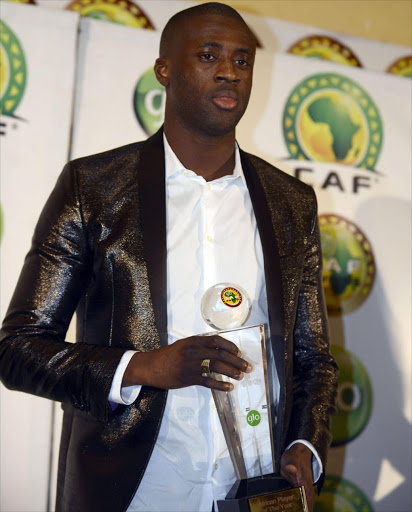 Manchester City footballer and I vory Coast captain, Yaya Toure, has allegedly fathered a two-year-old 'secret' love child with ex-girlfriend Mariam Camara, whom he met as a teenager in the Ivory Coast.

Camara, 31, claims the soccer star will not pay child support unless she sends him 'naked selfies'.

"I would have to give him something, like naked photos or photos of my bum. And if I didn't send the photos we wouldn't get the money."

The practising Muslim has three children with wife of 12 years, Gineba.

During the four month affair, the two would meet for sex in hotels and at her flat in a Paris suburb.

According to Camara, Toure left her when he discovered she was pregnant and has only seen his son twice. "Yaya is a role model to thousands of young people around the world. But he doesn’t have the heart to properly care for his own son," she told The Sun.

Camara got in touch with Toure's family in the Ivory Coast when her son was six months old and some agreed to help her.

After receiving a positive paternity test and pressure from his family, Toure agreed to pay child support.

Little did Camara know that the child support would come with conditions.