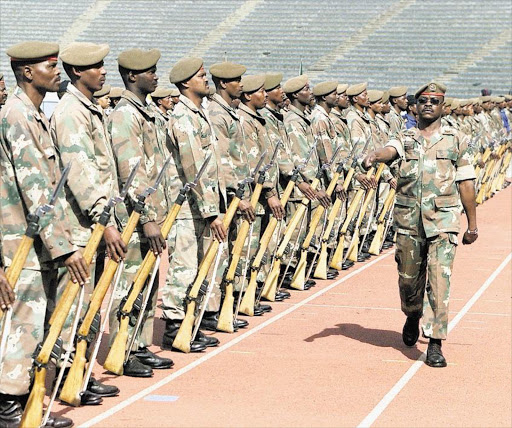 A large number of illegal weapons and millions of rands' worth of contraband and drugs destined for South Africa were also confiscated at various entry points, according to the South African National Defence Force (SANDF), which briefed the parliamentary portfolio committee on defence.

Secretary of defence Sam Gulube told the defence committee that the country's borders remained porous, but added that the defence force had met its targets and made a number of operational successes.

"Our borders remain porous because we require 22 companies of soldiers to be deployed to ensure that our borders are effectively protected. But due to a lack of budget and finances, we can deploy only 13," said Gulube.

He said for when it comes to safeguarding the country's borders, the SANDF has deployed 13 companies in Limpopo, Mpumalanga, KwaZulu-Natal, Free State, Eastern Cape, Northern Cape and North West.

"We had continued to state that we require 22 companies as our target. The national treasury and auditor-general indicated that if we put our target as 22 in our performance plan, then we are going to be continuously cited for underperforming. Therefore we were advised that we should put our target as 13.

"So, artificially, our target remains 13, simply because I want to come here and say I've achieved my target of defending the border knowing very well we don't have the budget to deploy 22.

"But we do our best with what has been allocated to us and we can report certain operational successes," said Gulube.

He listed the SANDF's achievements against cross-border crime as follows:

- 2755 illegal foreigners trying to cross the country's borders were apprehended;

- 199 wanted criminals trying to cross the border during the quarter were arrested;

ANC MP Bongani Bhongo raised concern about the lack of capacity to secure the country's borders.

"What was made extremely clear for us is to make sure these borders are not porous, and we need to do everything we must do," he told the committee.

"We need 22 companies. That I think was clear to the portfolio committee. What the budget provides is that we are able to get 13. That's why the situation is where it's at," said Bhongo.