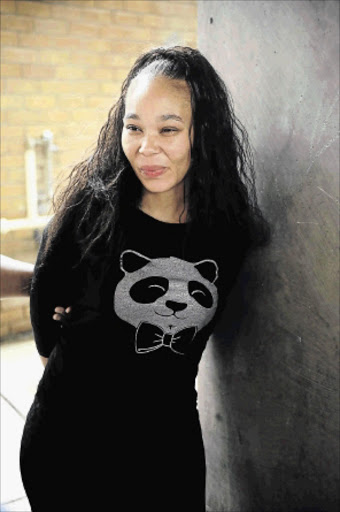 NABBED: Alleged bogus dentist Mankoro Matlou has reportedly been practising since 2007. Patients are complaining about their treatments PHoto: Thulani Mbele

Patients of a suspected bogus dentist nabbed in Limpopo last week have spoken out about the pain they experienced after her procedures.

The alleged dentist, identified as Mankoro Josephine Matlou, was arrested by the Hawks and appeared briefly in court in Polokwane.

She is in police custody until her next court appearance on April 14.

Matlou had been practising as a dentist since 2007.

Bellah Nyathi, the last patient to be treated by her, said she still had toothache a week after receiving treatment.

"I had tooth decay and decided to consult with a dentist. I got to the surgery belonging to Dr [Nobengazi] Shamu in Polokwane and was referred to someone I did not know. But because Shamu was present I did not suspect anything sinister," said Nyathi.

She said Matlou started by hammering her tooth with a steel instrument.

"I felt a pain which was out of this world. I confronted her and the next thing cops came in to inform the lady that she was under arrest," she said.

Shamu blew the whistle on Nyathi, her former employee, upon realising that her qualifications were fake.

Another victim, Ngola Lekgothoane, who is a well-known gospel artist in the province, said he was treated by the same woman early last month and was still feeling the pain.

"I was consulting her for the first time and did not have any suspicions that the person who was treating me could be a fake. And I regret having consulted with her," said Lekgothoane.

Refilwe Segooa, another of the victims, said she was considering going back to the surgery to claim her money back, when she found out that the "doctor" who had treated her was a fake.

"The treatment I received at the hands of that woman was not anywhere close to value for my money, hence I wanted to demand a refund."

Shamu, who owns the practice, lashed out at the system in South Africa for failing to allow patients to check if doctors were registered with the Health Professions Council of SA before consultations.

"I think knowing the exact status of a particular doctor prior to a consultation will go a long way in alerting patients if they are risking their lives by being attended to by doctors in possession of fraudulent qualifications."