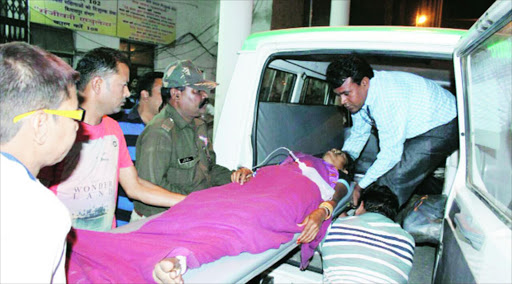 An Indian doctor who performed sterilization surgeries that led to the deaths of 13 women has been arrested, officials said Thursday, amid media reports of another death after surgery at a separate hospital in Chhattisgarh state

The doctor, RK Gupta, had been on the run after the deaths at a state-run hospital in Chhattisgarh's Bilaspur district were first reported.

He was caught in nearby Baloda Bazar district on Wednesday evening and later arrested, senior official NK Tekam said in a telephone interview.

Gupta claimed he was not at fault and was pressured by the authorities to meet targets for sterilization surgeries.

"The surgeries went well but the problem was with the medicine given to the women after the operation. They started reporting problems after that," Gupta told reporters after being detained.

The tubectomy operations were carried out on 83 women on Saturday, as part of a national programme to control birth rates.

On Monday, the women complained of pain, nausea and fever.

Tekam said two more women died on Wednesday taking the total death toll to 13. Some 60 women were still being treated at hospitals in Bilaspur.

Premier Narendra Modi has asked for a "thorough investigation" in the case.

The 59-year-old doctor was given an award by the state government earlier this year for conducting a record 50,000 tubectomies in his career.

Officials have said preliminary examinations suggested the deaths could have been caused by infection from possibly contaminated surgical equipment, but the cause would only be confirmed after the autopsies.

At a separate hospital about 100 kilometres away from Bilaspur, another woman was reported to have died after sterilization surgery on Monday.

The woman died after surgery at a hospital in the Gaurela area, and three more were being given medical care, broadcaster NDTV reported.