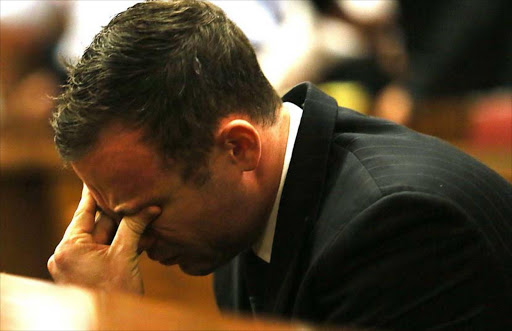 Oscar Pistorius is a broken man who lost everything and it is unlikely he will recover from the shooting of his girlfriend Reeva Steenkamp, the High Court in Pretoria heard on Monday.

"We are left with a broken man who has lost everything," his psychologist Lore Hartzenburg said.

"On an emotional level his self perception and self worth have been damaged. He is unlikely to recover from the shooting incident..."

She said he lost his career, his loving relationship with Steenkamp and some of his friends.

Hartzenburg said Pistorius felt isolated after the shooting - at a time when he needed the support of friends the most.

Pistorius was humiliated in some instances and it had a profound effect on his identity, she testified.

The paralympic athlete was convicted of culpable homicide on September 12 for the Valentine's Day 2013, shooting of Steenkamp.

As Hartzenburg spoke on Monday, Pistorius sat in the dock looking down.

Steenkamp's parents, Barry and June sat looking at the psychologist as she spoke.

Hartzenburg told the court that Pistorius would not be able to escape the shooting after he was diagnosed with post traumatic stress disorder.

"The flashbacks and the re-experiencing of the shooting will be mental images that he will carry with him," she said.

"[They] will be part of his life until such time that healing has taken place."

Pistorius had a platform to make a difference for disabled people and that was also taken away.

Hartzenburg, who first met Pistorius on February 23, 2013 and had a first session with him two days later said he never lost his temper even when provoked by others or under cross-examination from the State during his trial.

She said she found him to be well-mannered and respectful even if he was irritated and frustrated at times.

"I can confirm his remorse...The healing process and closure is compromised by inaccurate facts," she said.

She replied: "I have no doubt in my mind that the Steenkamp family must be suffering immense pain."

Nel responded: "I will lead evidence to indicate that Mr Steenkamp suffered a stroke."

Hartzenburg said she would accept that.

Nel said that June Steenkamp would "collapse on the floor crying" and said it was expected from a mother who lost her daughter.

Steenkamp in his Pretoria townhouse, but convicted him of culpable homicide.

Pistorius shot Steenkamp through the locked door of the toilet, apparently thinking she was an intruder about to emerge and attack him.

She was hit in the hip, arm, and head.

Masipa said that there was no basis for the court to make the inference that Pistorius wanted to kill Steenkamp.

She said evidence showed that Pistorius acted negligently when he fired into the toilet door knowing there was someone behind it.

With regard to firearms-related charges, Masipa found Pistorius guilty of firing a Glock pistol belonging to his friend Darren Fresco under a table at Tasha's restaurant in Johannesburg in January 2013.

However, she found him not guilty of shooting through the open sunroof of a car with his 9mm pistol while driving with Fresco and ex-girlfriend Samantha Taylor in Modderfontein on September 30, 2012.

Taylor was in court on Monday with her mother.