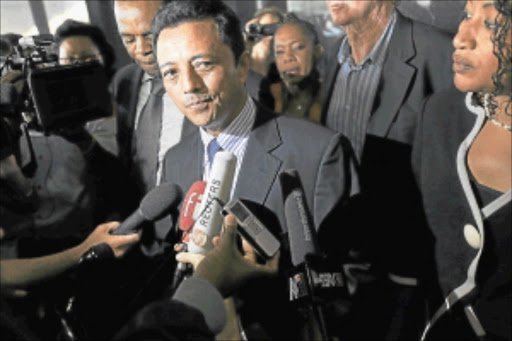 Former Madagascar president Marc Ravalomanana, who has been living in exile in South Africa since his ouster in 2009, returned home on Monday.

"I am here to support peace and democracy, but more urgent is the fight against poverty," he told supporters at his home in the capital Antananarivo.

Madagascar has on several occasions blocked Ravalomanana's return to the Indian Ocean island since his rival Andry Rajoelina seized power.

Ravalomanana first fled to Swaziland after the coup and later moved to South Africa.

A spokesman for the South African department of international relations, Clayson Monyela said he had no details of Ravalomanana's return.

The country was also reinstated into the Southern African Development Community and African Union after being suspended over its chaotic political affairs.