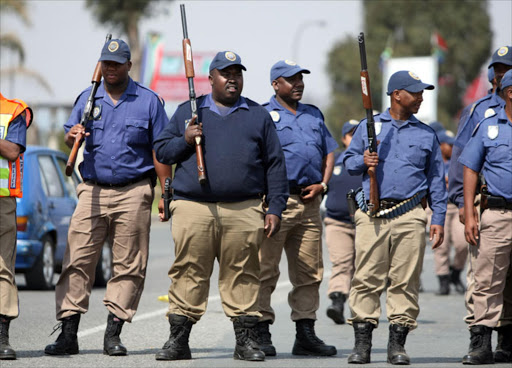 Violence broke out in the Pretoria CBD on Wednesday between the Tshwane metro police and informal traders, metro police said.

"Two of our vehicles were damaged. Fortunately no one was injured," he said.

The conflict broke out at the corner of Bloed and Paul Kruger streets while metro police were inspecting the licences of traders.

Deputy secretary of the Tshwane Barekisi Informal Traders Forum, Mary Ngema, said they had been in discussions with metro police.

"Metro police said they must move... As leaders we went to discuss [it with them] and said before they move them they must give them space to work."

She said most of the traders at that corner sold food.

"If we try to negotiate they shoot us with rubber bullets."

The angry traders burnt the barriers used to cordon off the bus lane construction.

Ngema said two traders had been arrested by the SAPS.

The traders would hold a march tomorrow in the CBD.

Mahamba said: "Each time we do the inspections, there's this allegation that we arrest them. That is not our intention... Those that don't comply, definitely we're going to make sure they comply."