Mbete matter not over: DA 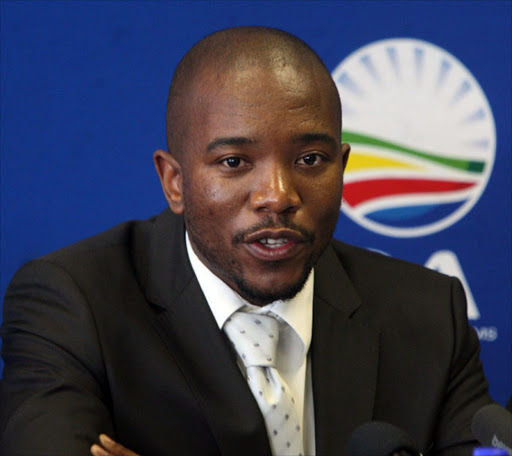 The DA on Wednesday said it would continue its battle to get rid of parliamentary Speaker Baleka Mbete.

"We will continue to fight for a neutral speaker that can fairly implement the rules of the House," Democratic Alliance parliamentary leader Mmusi Maimane said in a Heritage Day speech prepared for delivery at Constitution Hill in Johannesburg.

"Every decision she makes goes through a filter: Will this benefit the ANC, or not?"

Maimane said that when Parliament resumed for its third term in mid-October; his party would again seek a motion of no-confidence - this time via secret ballot.

Earlier this month, an attempt to vote for the motion turned haywire. At the time, opposition leaders walked out of Parliament after ANC Chief Whip Stone Sizani sought to table an amendment which would have seen the vote of no-confidence turn into one of confidence in the Speaker instead.

Since there was still a quorum - thanks to the ANC's majority - the vote on the original motion then went ahead; with the result 234 votes against the motion of no confidence, and none in favour.

At the time, along with the DA, the Economic Freedom Fighters and the United Democratic Movement, spoke out in favour of unseating Mbete.

On Wednesday, Maimane also said that the party would fight for "respect and decorum" to ensure "robust, yet respectful debate" could occur.

He dismissed previous remarks by ANC secretary General Gwede Mantashe that Parliament had descended into chaos.

"Parliament is a place of strength...To the ANC today I say; You are just scared of strong opposition. You are running away from it," said Maimane.

Nevertheless, on Wednesday, Maimane also took aim at the EFF, suggesting that "the DA could equally arrive in Parliament, wearing blue-overalls, and bang loudly on our desks. But that would achieve nothing."

The EFF are famous for wearing red overalls and pinafores in Parliament and their often spirited challenges to rulings during parliamentary sessions.