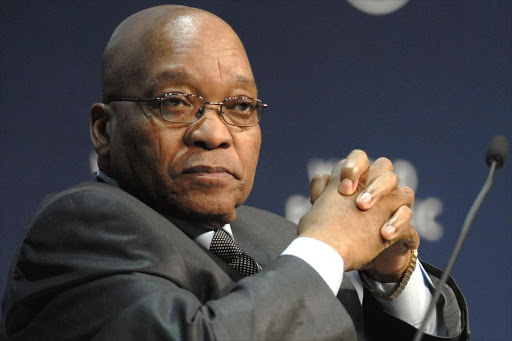 South Africa's president announced Tuesday that 67 of his compatriots were among the scores of worshippers killed in the collapse of a popular and controversial Nigerian megachurch.

Declaring a nation in grief, Jacob Zuma said he was "greatly saddened to announce that 67 South Africans died and scores of others sustained injuries," when a church hostel building collapsed in Lagos on Friday.

The tally of South African dead exceeds the previous toll of 62 people thought dead in the disaster, a grim signal that the number of fatalities is likely to rise.

Rescuers say the church's hostel - which housed Nigerian and foreign followers of preacher and televangelist T.B. Joshua - had been overburdened by the construction of additional floors.

The goateed preacher initially claimed that only a few people were injured and then suggested that a low-flying aircraft was responsible for the collapse.

On Tuesday he tweeted: "Hard times may test me, they cannot destroy me."

The church known as The Synagogue "hid so much information from us, and (this is) the cause of frustration for rescuers," he said.

Dubbed "The Prophet", Joshua claims to have performed miracles and counts presidents and prime ministers among his flock, giving him considerable political clout.

Former Malawian head of state Joyce Banda, who has described Joshua as her "spiritual father," said Tuesday she was "deeply shocked" by the accident.

"It's unfortunate that people lost their lives while praying," she told AFP.

Late Tuesday rescue workers were still sifting through the rubble, hoping against hope to find survivors.

Their prayers were answered earlier in the day when a woman was rescued and was able to walk away with just a broken wrist.

The discovery prompted emergency workers to slow down their digging in the wreckage of the guesthouse.

But for many others, there will be no dramatic and happy exit.

Rescue efforts that have so far saved the lives of 133 victims are scheduled to end on Wednesday.

"We have reached a critical stage now and more survivors are likely to be brought out of the rubble," Farinloye said.

At least five South African church tour groups were at The Synagogue at the time of the collapse, according to South African officials.

"Not in the recent history of our country have we had this large number of our people die in one incident outside the country," Zuma said in a statement to the nation.

"The whole nation shares the pain of the mothers, fathers, daughters and sons who have lost their loved ones. We are all in grief."

Zuma said he had ordered government departments to help family members get to Nigeria to identify the bodies of their loved ones and repatriate the remains as soon as possible.