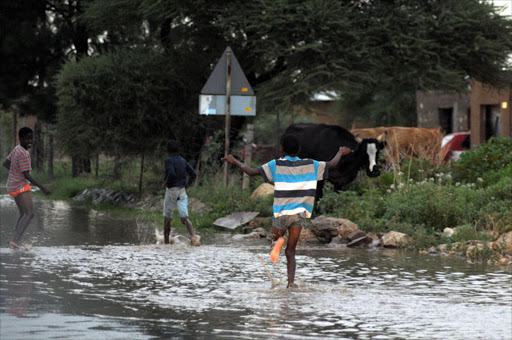 A R60 million fund has been set aside to repair damaged roads after floods in Johannesburg, the city's road agency (JRA) said on Wednesday.

At least R23m of the money would be used to repair potholes and storm water drains, said JRA's managing director Skhumbuzo Macozoma.

The remaining R37m would go to repairing bridges and culverts.

"This is due the higher-than-average rainfall patterns across the city damaging road surfaces, bridges, culverts and gabions," Macozoma said.

"The heavy rains pushed forward the City's agendas. Nine bridges have been prioritised for reconstruction and upgrades to ensure safe passage for vehicles and pedestrians."

He said Soweto, Lenasia, Roodepoort, Midrand and Florida were heavily affected. Bridges, stormwater drains were damaged in those areas.

Besides bridge rehabilitation as a results of rains, the agency's team was working seven days a week repairing potholes, traffic signals and unblocking storm water drains.

Macozoma apologised to the public for any inconvenience caused during construction phases.

"This is however necessary to ensure safe access to workplaces and resident areas."