City reaching out to the homeless in Alex 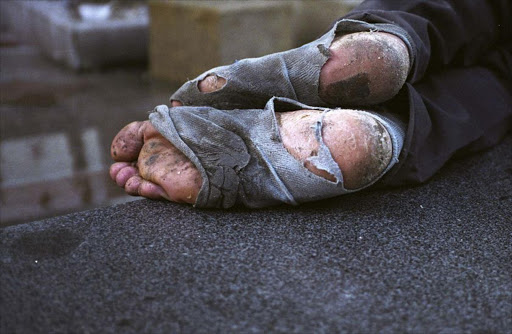 In a swift move following the burning of Madala Hostel in Alexandra during the early hours of Wednesday morning, 2 October 2013, Johannesburg City has identified land in the nearby Marlboro area to build temporary shelters.

A Member of the Mayoral Committee (MMC) who chairs service delivery, Clr Matshidiso Mfikoe, announced today (Thursday) that the Johannesburg City and Provincial government officials, are co-ordinating efforts to provide temporary shelter, food and blankets for those affected.

The fire started during a domestic dispute of a couple on the third floor of Madala Hostel, corner Alfred Nzo and 3rd Avenue in the early morning hours of Wednesday. A man died of suspected smoke inhalation in another room, although medical authorities are expected to confirm the cause of death after conducting an autopsy.

A man involved in a domestic dispute was hospitalised as a result of burns and other injuries. His partner has vanished from the hostel and the South African Police Services (SAP) is investigating arson and damage allegations on this matter.

Atrac hall and the Alexandra Stadium change rooms have been identified as the initial premises to temporary house about 150 people affected. Given further damage caused by bursting of water pipes from the third floor to lower floors, the number of residents rendered homeless may increase. City structural engineers are in the process of accessing the damage and indicate if any parts of the hostel's three floors are still safe for continued accommodation.

In the meantime, city officials are encouraging the homeless Madala Hostel residents, to ask friends and relatives to also help accommodate them. This will help to ease the pressure on emergency accommodation.

Johannesburg and Provincial Emergency Services, together with the Gift of Givers are managing the distribution of supplies.

Clr Mfikoe condemned the alleged use of domestic violence in this incident and its apparent consequences. "Violence does not solve disputes. In this instance, it has unnecessarily left many families homeless".

Another domestic dispute a few days ago in Kathrada Park, Newclare, south of Joburg, left over 100 informal settlement residents homeless after a fire broke out. At Jumpers Informal settlement in Cleveland, east of Joburg, 300 people were displaced this week following a mystery fire where a person was treated for burns and two others for smoke inhalation.

Clr Mfikoe said she hoped the law enforcement process will act harshly against any culprits found responsible for the two incidents. This will serve as a deterrent to other members of the community and limit the use of budget allocated for provision of new services to communities.

Joburg Housing MMC, Clr Dan Bovu indicated that the city will do all possible to attend to the plight of the communities who have been left homeless.

The Alexandra Renewal Project, which involves the three tiers of government (national, provincial and local government), has been working with all local stakeholders on a plan to re-develop Alexandra.