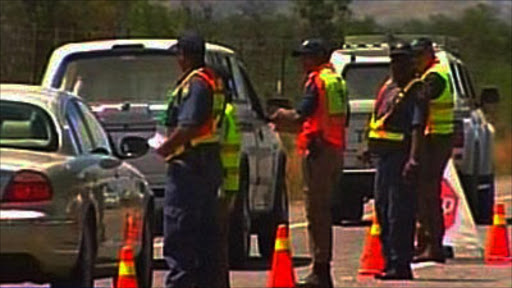 Newcastle mayor Afzul Rehman has laid a complaint against a traffic official for calling him a "Gupta".

Rehman was renewing his driver's licence at the Road Traffic Inspectorate (RTI) testing station on Friday when the official accosted him in a passageway, The Citizen reported.

The official asked: "Hey Gupta, what are you doing here?" and later "cracked a joke about Indians", said Rehman.

The official then called Rehman a Gupta again, and when Rehman asked him if he knew who he was, he replied: "Yes I know, you are a Gupta."

When Rehman told the official he was offended, he reportedly replied: "You can go back to India and take offence, here in South Africa, this country belongs to us."

After reporting the matter to RTI head King Gama, the official offered to make a personal apology to Rehman, but he refused to accept it and instead opened a case of crimen injuria, The Citizen reported.

He was also speaking to attorneys about making a damages claim in the high court, and would refer the matter to the Equality Court and the SA Human Rights Commission.

Durban tycoon Vivian Reddy told The Witness it was unfortunate all Indians had been painted with the same brush as the Guptas.

A jet chartered by the Guptas landed at the Waterkloof Air Force Base, in Pretoria, last week, with 200 passengers who were escorted to Sun City, in North West, to attend a lavish, Gupta family wedding.

Reddy, whose many business interests including ownership of the Newcastle Mall, attended the wedding.

He told The Witness: "Indians in South Africa fought side by side with black people during the liberation struggle.

"Rehman has been rated as one of the best mayors in the country. For him to be labelled a Gupta is wrong. It is mainly people who are uneducated on the facts about South Africa who would refer to him as that."

It was "an overreaction" to have such a backlash after an isolated incident, Reddy said.

Asked by the newspaper to comment, Atul Gupta said his family was "really saddened by the racism and xenophobia driving the current debates".

"As a family we settled in South Africa in 1993 to assist in any way we could with transforming this beautiful country."

Gupta said he had become a South African citizen and remained "committed to helping non-racialism and empowering those who were previously disempowered both politically and economically".

Kwanele Ncalane, a spokesman for Transport MEC Willies Mchunu, told The Witness the allegedly racist remark would be investigated.

"If, after a thorough investigation, it is found to be true, strong action will be taken against the officer."

The mayor's formal complaint had yet to be received, he told The Witness.

Captain Shoes Magudulela reportedly confirmed that a case of crimen injuria had been opened at the Newcastle police station and that the matter was under investigation.