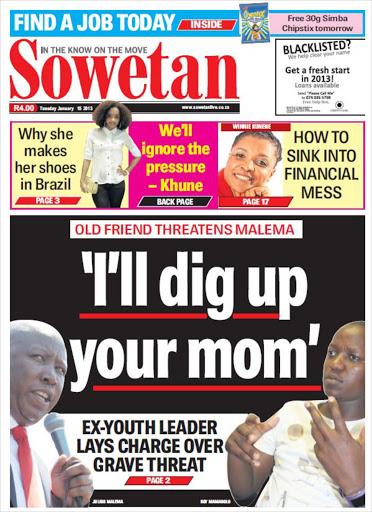 The origin of the offending SMS he allegedly sent to Malema first had to be confirmed, Limpopo police spokesman Brigadier Hangwani Mulaudzi said.

The withdrawal of the case is pending the results from the local criminal record centre, he said.

It was crucial to determine whether Mamabolo had sent the message. Mulaudzi said authorities were “busy with it now”. Once the results were available the matter would be sent back to court.

Mamabolo had been due to appear in the Polokwane Magistrate’s Court on charges of crimen injuria and assault, following a spat with Malema via SMS.

He allegedly sent a threatening text message to Malema saying he would exhume his mother Mahlodi’s body and take her remains to Malema’s grandmother’s home in Seshego.