Tribute to the choir master 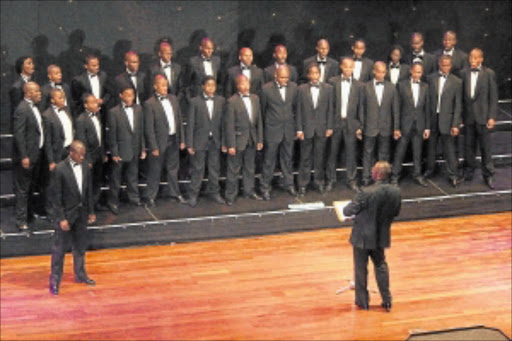 VOCALLY GIFTED: Voices of the Nation choir during the choral tribute to honour Professor Mzilikazi Khumalo on his 80th birthday celebrations in Joburg. PHOTO: ANTONIO MUCHAVE

IN A pure demonstration of vocal virtuosity, the hundreds of choristers treated the ears of a large audience to the glory of voices on Sunday during a choral tribute concert to honour Professor Mzilikazi Khumalo.

Choral enthusiasts came out in big numbers to celebrate one of the country's fathers of choral and classical sound.

The legendary composer, arranger, conductor and teacher was honoured for his immense contribution to choral music.

Ali Mpofu, the man behind the idea, praised Khumalo for constantly pushing for the preservation of choral and indigenous sounds.

Khumalo, who turns 80 on June 20, sat next to his wife listening tentatively to choirs singing some of his best works.

The first choir on stage was Gauteng Choristers who rendered three items.