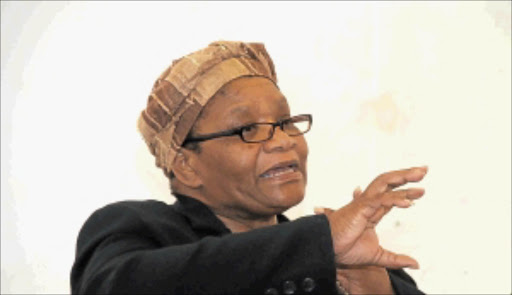 THE Mahikeng local municipality has lost more than R57-million in a dodgy land development deal during the last financial year, Auditor-General Terrance Nombembe has confirmed.

Mahikeng is one of North West's 14 municipalities which failed to submit their books for auditing by the A-G on time. The A-G's report, which was concluded in October last year, states that the dodgy deal relates to a piece of land sold by the council.

According to the annual financial statement, the municipality sold a piece of land to a developer for servicing and development purposes. The land, which had already been subdivided into a number of stands, was sold for R144-million.

In the report, no valuation was carried out on the land before it was transferred to the developer, and no tender processes were followed.

Sowetan has seen financial documents that state that on February 2009, 23 stands valued at more than R81000 were transferred to a developer.

The report shows that the developer paid the municipality R5-million by the end of June 2009. To date, no other stands have been transferred and no other payment had been received from the developer. The A-G said a forensic probe has been instituted to establish how the council transferred ownership of the land to a buyer before receiving full payment.

The A-G said the developer also failed to obtain evidence that they would be able to settle the remaining debt.

"I was also unable to recalculate management's estimate of the discounted value," the A-G said. "I was unable to determine the existence, valuation and allocation and the rights obligations of this long-term debtor and accuracy occurrence of finance costs relating to the discounting of R7025943."

During her state of the province address on Friday, premier Thandi Modise called for decisive action against municipalities that submit their financial statements late to the A-G.