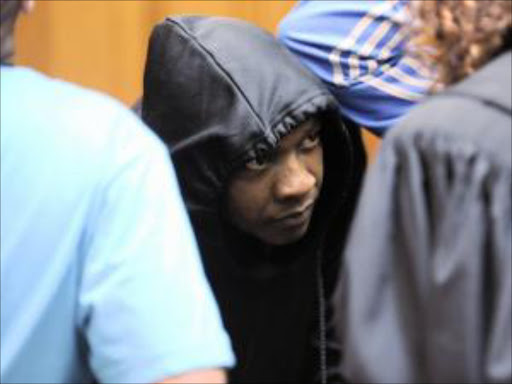 St James Church killer Gcinikhaya Makoma, who was granted amnesty for the 1993 attack, has now been sentenced to life and 46 years in prison for his role in a “deadly” cash van heist

The Cape Times newspaper reports the sentences will run concurrently.

Judge Patrick Gamble said Makoma’s argument that the St James Church Massacre — for which he was granted amnesty in 1998 — had dogged his life and that it had led him to kill again was a “perverse argument not worthy of serious consideration”.

Makoma’s role in the heist had been driven by “pure greed”.

“Society undoubtedly looks to the courts to protect itself from this offender once and for all,” said Judge Gamble, adding that nothing but a life sentence would be appropriate in Makoma’s case.

While his defence contended Makoma had to be treated as a first offender because his record had been expunged under the “TRC Act”, Judge Gamble, citing case law, said this did not mute the fact that his role in the St James Church Massacre was historically true.

During the foiled heist in Parow, Cape Town, on December 3, 2007, the gang was allegedly armed with hand guns, AK47’s and R4 assault rifles.

It was midday, and the attack, according to Gamble, was executed “with paramilitary precision”.

Almost a dozen men armed with automatic rifles, including AK-47s, cornered the van with cars they had hijacked at gunpoint just days before, then fired at the windscreen until it shattered.

A couple of them stood on car bonnets to get a better vantage point.

On the same day, before the heist, five members of the group allegedly hijacked a Toyota minibus taxi.

Police alleged during the trial that two weeks before they robbed the cash van, the group had stolen a white Ford Ranger bakkie at gunpoint and “inflicted grievous bodily harm” to the owner of the vehicle.

One of the accused did not live long enough to see the end of the trial. Mzukisi Malamela died in October, apparently of malaria.

SAHistory.org states that operatives from the Azanian Peoples' Liberation Army (APLA - the armed wing of the Pan Africanist Congress) attacked St. James Church in the Cape Town suburb of Kenilworth during the Sunday evening service.

Approximately 1,000 congregants were inside the church at the time.

Four of the dead were Russian seamen attending the service as part of a church outreach programme. Another seaman lost both legs and an arm.

The St James Church Massacre was one of a string of APLA attacks and was followed later that year by an attack on the Heidelberg Tavern in Observatory in which 4 people were killed.

Ballistic tests proved the same weapons were used in both attacks.

Gcinikhaya Makoma was arrested ten days after the St James Church Massacre. He was convicted of 11 murders and sentenced to 23 years in prison. Sichumiso Nonxuba, Thobela Mlambisa and Basie Mkhumbuzi were subsequently arrested and charged in 1996.

While on trial, they applied to the Truth and Reconciliation Commission for amnesty. In accordance with its mandate that crimes for which amnesty was sought be shown to have a political motivation and that applicants make full disclosure of the details of the crime, the TRC granted amnesty to Mlambisa, Mkumbuzi, and Makoma.

Nonxuba died in a car accident while on bail and before the TRC process was concluded.

Several of the church members who were injured or who lost family members in the attacks, including one congregant who returned fire on the attackers, later met and publicly reconciled with the APLA attackers.