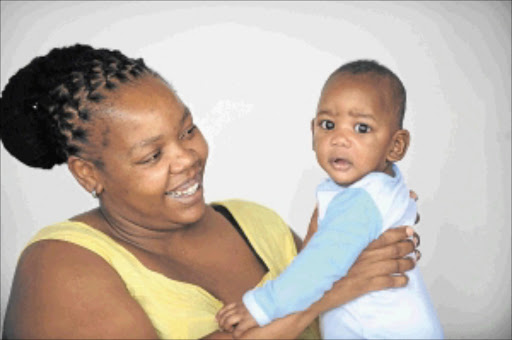 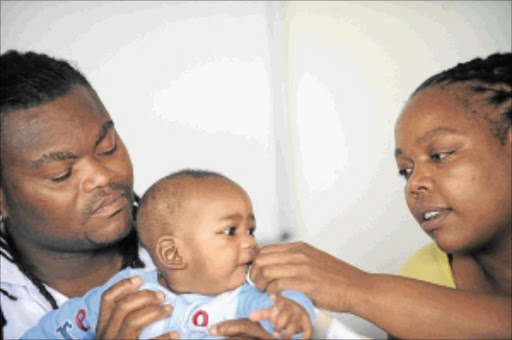 THE mother of the missing Pretoria baby, who had been kidnapped by his nanny, cried tears of joy when her six-month-old baby was safely returned to her arms yesterday.

THE mother of the missing Pretoria baby, who had been kidnapped by his nanny, cried tears of joy when her six-month-old baby was safely returned to her arms yesterday.

"I just broke down and cried. It was a cry of relief," Mita Marobe said, describing the moment she saw her baby.

Marobe could barely contain her tears when retelling the story of finding her baby boy.

Baby Kgosietsile Marobe was found in a daycare centre in Hillbrow, Johannesburg, yesterday morning after his aunt received an anonymous SMS.

At the Brixton flying squad offices yesterday, reporters were told that the child's aunt, Ida Dawutola, received an SMS with a number to call if the family wanted to find the baby.

When they called the number, a woman who identified herself as Catherine answered from the daycare centre.

The family explained that they were looking for a missing baby. The woman said she had identified the missing child at the centre from a photograph she saw in a newspaper and confirmed that he was there.

"I'm really excited to get my baby," Marobe said, while cradling her son.

"He seems to be doing fine. He cried a little bit, but after we fed him, he settled down."

Marobe said she did not know what prompted the nanny to take her child and negated claims that she had not paid the nanny her wages.

Dawutola said that the family exchanged close to 16 text messages with the kidnapping suspect.

Most of the messages were of a threatening nature, stating that they should pay the money demanded and not involve the police if they wanted to see the baby alive.

Major-General Tebello Mosikili confirmed that the GaRankuwa SAPS worked together with colleagues from other centres to assist the family in finding the baby.

Mosikili said the whereabouts of the suspect were unknown at this stage. She said the cellphone used to communicate with the suspect was switched on and off continuously, which made it difficult for the police to trace the number.

She confirmed that no money was paid out to the suspect.

The nanny took the baby on Monday morning, and also allegedly took R5,000 cash from her employer as well as other valuables.