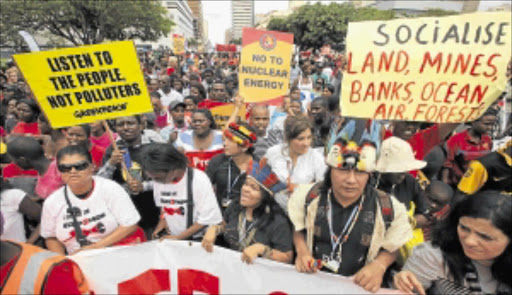 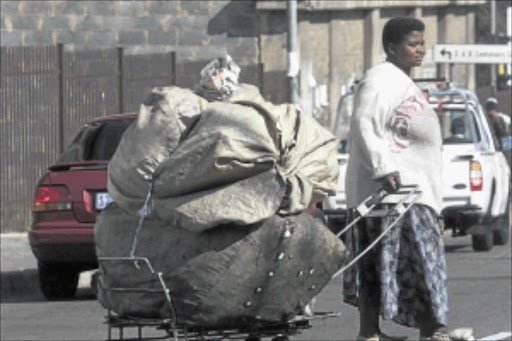 WASTE pickers would make more money if the "middlemen" were cut out, says their organisation, the Global Alliance of Waste Pickers.

Representatives of the organisation demonstrated yesterday outside Durban's Inkosi Albert Luthuli convention centre where the COP17 climate talks are being held.

They said waste pickers struggled to make ends meet because they sold the material they collected at ridiculously low prices to middlemen who made a fortune.

"Waste pickers throughout the world face serious difficulties because they can't sell directly to companies that recycle what they pick," Mariel Vilella of the Global Alliance said.

"We are busy trying to encourage waste pickers to organise themselves so that it will be easy for them to operate and make more money," she said.

South Africa had many waste pickers but only 30000 were organised, she said.

"We have a number of waste pickers who have organised themselves in a number of Latin American countries. In Brazil they have started a plastic factory. They melt plastic and sell it," she said.

Among those picketing yesterday was Marlene Cubillo, a waste picker from Costa Rica.

"I am here because I believe waste pickers play a huge role. We need support so that we can contribute meaningfully to the protection of the environment," she said.

Cubillo and her fellow waste pickers formed a company that sells waste material to companies that recycle them.

"We have a place where we sell our stuff. We no longer take our stuff to companies, they come to us," she said.

Through the help of the local municipality Cubillo and her colleagues managed to get a building where they keep all the material they collect.

"If you recycle you reduce emissions. Recycling means that you reduce the mining of raw materials. You also ensure that fewer trees are cut to make paper," she said.

Recycling also reduced the amount of material that was put into landfill sites.

"In other areas refuse is burnt, which increases pollution," she pointed out.