Minister shuts down Kunene's gold mine 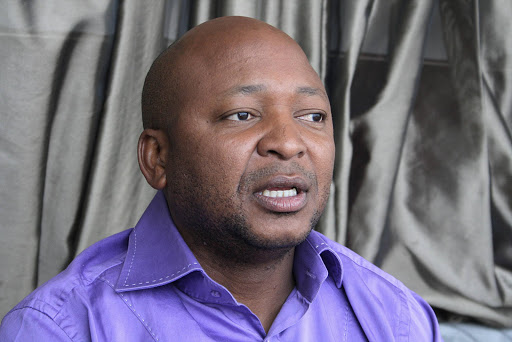 Central Rand Gold mine, which Kunene co-ownes with Gayton McKenzie, was stripped of its rights to mine after complaints that it was not complying with the law.

Bheki Khumalo, spokesman for the Mineral Resources Department, confirmed that Shabangu had terminated the mining rights held by CRG.

"The regional manager for Gauteng, Susan Malibe, served Johan du Toit, the company's chief executive, with a letter signed by the minister in which she terminates the company's mining rights.

"The department believes that the company failed to comply with its undertakings on a number of aspects, including social and environmental aspects. We expect mining companies to comply with their promises in line with mining regulations."

CRG has been in conflict with the department over its failure to comply with mining regulations for some time. It has subsequently failed in its bid to convince the department on why its licence should not be cancelled.

The Sowetan understands that the main reasons for the cancellation of the mining rights include:

- Workers have not received portable skills training prior to retrenchment. The company has so far retrenched 80 employee and was planning to shed 161 more;

- Community members complained that they were not benefiting from the on-going mining operation;

- Real empowerment has not been achieved by the company; and

- The mining has not contributed towards socio-economic development of the community in which it operates.

It is understood that the department's concern was that when the right was granted to the mine in 2008, there was an expectation created that mining would continue for eight years up to 900m. However, within two-and-a-half years, the mine was already planned to be placed under care and maintenance. The company was required to justify it.

The company had told the department that operational circumstances were making it difficult for it to meet its targets.

Du toit, however, refuted claims that the company had failed to comply with environmental laws.