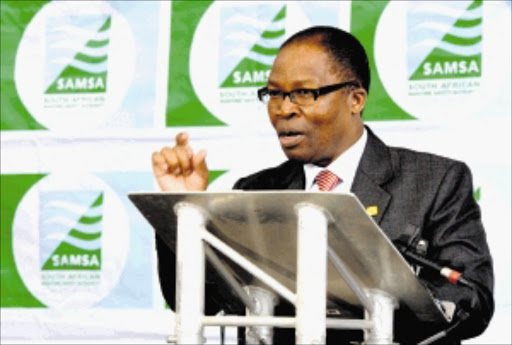 THE Department of Transport will next month highlight road safety in the country and seek to find solutions to the harrowing deaths on national roads.

This costs taxpayers at least R60 billion each year.

Speaking at the launch of October Transport Month (OTM), Ndebele said: "We will focus on the United Nations for its efforts to place road safety on the international platform and its role in supporting the implementation of the Decade of Action for Road Safety 2011-2020."

In August, Ndebele instructed law enforcement officers to stop and check every bus and taxi after the death of at least 76 people in eight separate road crashes involving public transport vehicles.

From August 31 to September 18, 127,625 public transport vehicles were stopped and checked - 260 scholar transport vehicles, 210 buses, 395 minibuses and 159 trucks were found to be un-roadworthy and were taken off the road.

More than 430 public transport drivers were arrested, including 67 for drunk driving, 20 for excessive speeding, 13 for reckless and/or negligent driving, 50 in connection with public transport permits and 391 for overloading.

"As part of the NREP, we will continue to deploy traffic officials on strategic and critical routes to increase visibility as well as intensify enforcement on driver and vehicle fitness," he said.

Citizens were encouraged to report those who disobey road rules to the national traffic hotline 0861- 400-800.