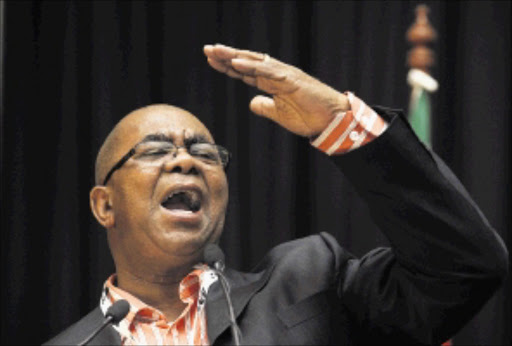 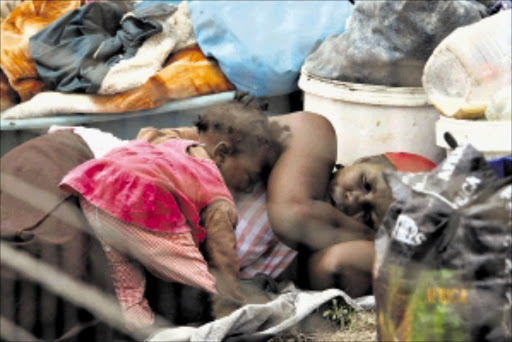 A VOCAL refugee rights group has threatened legal action against Western Cape police, accusing the cops of "standing by and watching" as 2000 Zimbabwean farm workers were driven out of the De Doorns informal settlement two weeks ago.

A VOCAL refugee rights group has threatened legal action against Western Cape police, accusing the cops of "standing by and watching" as 2000 Zimbabwean farm workers were driven out of the De Doorns informal settlement two weeks ago.

Local residents accused the Zimbabwean nationals of stealing their jobs on farms before driving them from the area, then demolished their shacks and stole their possessions.

The Zimbabwean nationals have been living in tents on a sports field in the small town, 140km from Cape Town, ever since.

Cape Town-based People Against Suffering, Suppression, Oppression and Poverty (Passop) told Sowetan yesterday that it was pursuing legal action against the police, accusing the cops of allowing local residents to loot the property of the Zimbabwean refugees.

Passop's Braam Hanekom said the refugees lost belongings to the value of R5million.

Hanekom called on the government and UN High Commissioner for Refugees to give reintegration packages to the refugees who have lost everything.

He said though living conditions in the camp were "sub-standard", with 2000 people sharing six showers, it would not be safe for the displaced people to be reintegrated into the community for at least the next three months.

When Labour Minister Membathisi Mdladlana visited the camp last week he heard that farmers allegedly preferred to hire Zimbabweans because they were willing to work for less.

One refugee said she did not want to return to Zimbabwe, but "it was too soon to return to the local community".

"We are seasonal workers. I want to work and then go back home," she said.

Another man who has lost all his belongings during the looting, except for the clothes he was wearing, said it was unsafe to reintegrate.

A week ago 23 suspects were arrested and remanded in custody. They will appear in the De Doorns magistrate's court again today.

Yesterday the Women on Farms project held a Women's Day of Prayer in De Doorns and said it would conduct "intensive mediation workshops with South African and Zimbabwean women workers" during the 16 Days of Activism Against Women and Child Abuse.

Women on Farms condemned the attacks but accused the Department of Labour of failing to enforce labour laws, "leaving people fighting each other over poverty jobs".