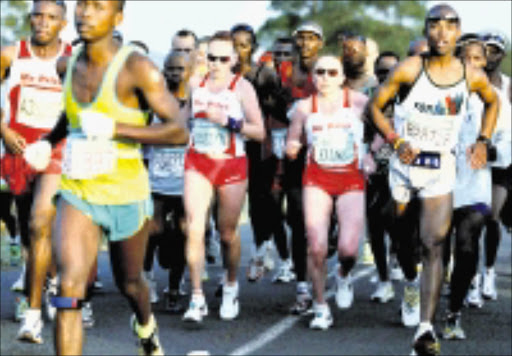 Athletics South Africa yesterday described the dominance of the South African runners in the men's top 10 of the Comrades Marathon as the dawn of a new era in road running.

At the same time, South African women grabbed five of the top 10 spots.

In the men's section, South African runners won seven of the 10 gold medals in the 89,17km ultra marathon won by Zimbabwean Stephen Muzhingi.

Muzhingi crossed the finish line in a time of 5hrs:23min:26sec, the second fastest in history.

Leonard Chuene, Athletics South Africa president, said yesterday: "We are proud of all the South African runners who participated and represented us well.

"Our runners, both men and women, are sending a clear message that South Africans are out to reclaim their position in the Comrades Marathon."

Muzhingi, 33, who finished third last year, is hoping the Zimbabwean government will also give him a cash incentive like "they did to Olympic swimmer Kirsty Coventry".

"I will be investing the money in various businesses in Zimbabwe," said Muzhingi, who pocketed R200000 for his victory.

Russian Leonid Shvetsov was second in 5:33.09, with Charles Tjiane the first South African home in a time of 5:34:20.

"It's incredible, I worked hard for it," said Tjiane.