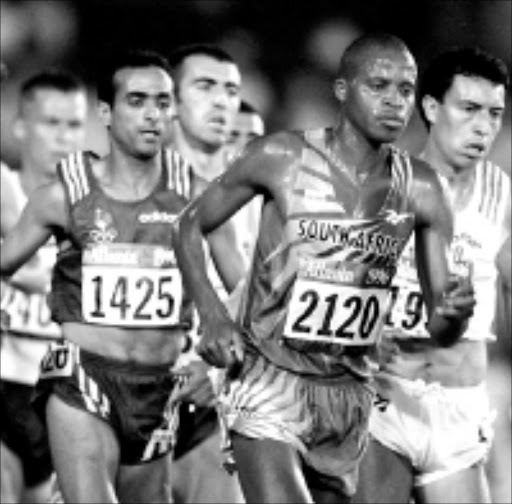 Hendrick Ramaala believes winning the Nedbank Martha Series Half-Marathon in Bloemfontein on Saturday has added impetus to his quest for glory at the New York Marathon on November 2.

Ramaala, who finished second to Tergat in 2005, told Sowetan this week he was in high spirits for New York.

"It is good for me to win races ahead of the tough one in New York. I will continue to train hard for this race and I will do my level best to challenge for a medal. It will be tough but I'm positive my determination will pull me through," said Ramaala who came third in New York last year and ninth in 2006.

It was a close finish for Ramaala as he beat Lesotho runner Masilo Matjiane by only one second.

Rene Kalmer finished first in the women's category in 1:14:25, with Lesotho's Mamorallo Tjoka 33 seconds behind her. Helalia Johannes came third in a time of 1:15:27.

More than 700 athletes took part in the race which attracted a number of runners from neighbouring Lesotho.

"It is always good to have athletes from neighbouring countries at such races as this augments the development of athletics in southern Africa," Phiwe Mlangeni-Tsholetsane, Athletics SA's events, marketing and communications manager, said yesterday.