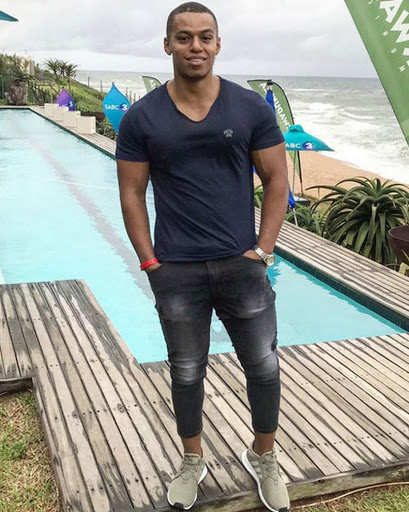 Despite being born and bred in Soweto‚ actor Cedric Fourie has revealed he’s been told that he doesn’t look “black enough” to play certain roles‚ a move a says only motivated him more.

The 27-year-old actor told TshisaLIVE that he gave everything up to join Skeem Saam when the opportunity arrived because he had been denied the chance to play a black man before.

“I got to a point where I almost felt like I was wasting my time when auditioning for a black male role. How could I be told that I wasn’t black enough just because I am few shades lighter than what Europeans have tagged as black? But I got over that and when Skeem Saam gave me the black character another channel previously denied (me)‚ I grabbed it with both hands. I dropped everything and gave it my all‚” said the Sowetan LIVE Mzansi's Sexiest 2018 finalist.

The actor plays shrewd and manipulative businessman Lehasa in the popular SABC soapie. Although his initial contract was for six months‚ his hard work payed off and his contract was extended‚ giving him the chance to grow with the character.

Cedric said he later moved passed being judged by his “lighter complexion” and decided to let his work to the talking.

He explained that he gives every role hundred% because he hopes his performance will cement his status as an actor.

“As an actor‚ you carry the story. I’m glad that I am part of a production that values preparation and research‚ but at the end of the day‚ it is my acting that will win people over. I want to sell myself as multi-dimensional actor. One who is able to play anything from a drag queen to businessman‚” he said.

The actor‚ who is also a qualified engineer‚ has appeared in other productions such as Harvest‚ Sokhulu & Partners and Isibaya.

He said he has aspirations to conquer the global market‚ one great production at a time.