The best smartphone camera on a budget 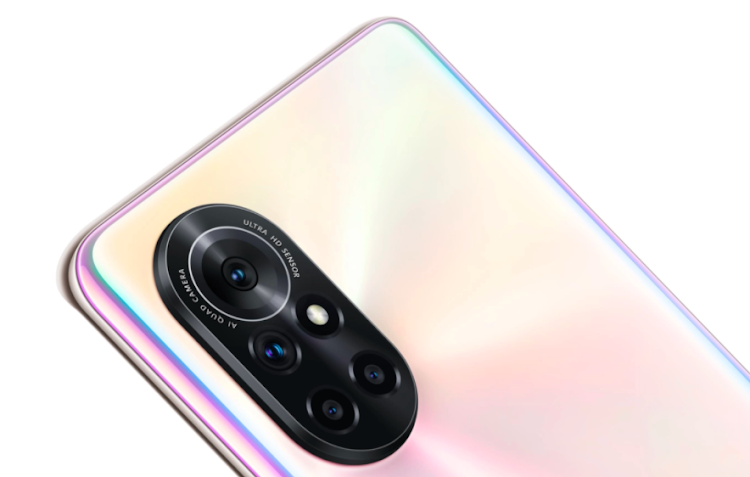 Remember the days when cellphones were only used to make calls? Now they’re the ultimate, all-in-one device for media, messaging, mobile gaming and everything in-between. So if you’re going to get a new smartphone, you’re likely wanting to get one with the best camera (and at the best price) and Huawei’s new Nova 8 is just that.

The Nova 8 is a media consumption powerhouse. It’s a beautiful-looking device with an impressive 6.57-inch curved screen, OLED display and other notable hardware specs that promise to enhance your smartphone experience. The Nova 8 is a mere 7.64mm thick and only weighs 169g which means it’s comfortable to hold and fits nicely in your palm.

Even if photography or videography isn’t your thing, the Nova 8 still stands out. Visually, it’s similar to a DSLR camera and the camera nodule is unlike the conventional rectangular camera designs. Huawei has taken the design aesthetics one step further with the Nova 8 by releasing it in an eye-catching blush gold colour that catches the light in a mesmerising holographic way. The cameras and flash are arranged to mimic the Nova logo on the back of the smartphone – it’s that sleek. If you’re looking to capture every moment, the Nova 8’s HD multi-camera system is equipped with a Kirin 830E chipset, designed to make everything as smooth as can be, when it comes to photo or video editing. This smartphone is ideal for anyone who considers their camera one of the most important features.

Inspired by the rings of Saturn, Huawei’s Nova 8 has an iconic Nebular camera system design. While that may sound out a little out of this world, what you really need to know is that there are four cameras and they all work together beautifully: a 64Mp high-res main camera, an ultra-wide angle camera, a dedicated bokeh camera, and a macro camera. The Nova 8 also uses 4-in-1 light fusion technology - think perfect shots, no matter the time of day – and an enhanced, anti-distortion AI algorithm that stitches together multiple photos to ensure that what you end up with in your gallery is sharp, bright and beautiful.

What would a smartphone be without the ability to take incredible selfies? The Nova 8’s impressive 32MP, punch hole high-res front camera is a big part of the package. What we really like about the selfie cam is that is supports Huawei’s Super Night Selfie Mode which automatically enhances faces and improves background details. The Nova 8 also has a powerful built-in AI algorithm for selfies that intelligently removes flares from glasses which can be problematic when shooting at night. (Consider that little issue a thing of the past.)

The rear camera supports dual-view video with HD 1080p output. Using this mode, you can capture two different perspectives at once by independently filming on two cameras instead of one! When using the front camera, dual-view shows what's captured by the front camera and rear camera side-by-side. When using the rear camera, the dual view shows a panorama and a close-up of the centre of what's being filmed – brilliant!

It doesn’t make a difference if you’re all about Instagram Reels or enjoying those TikTok life hacks and want to start filming some of your own, the Nova 8 is a handset designed for innovation and for creating the best content. But it’s much more than that – it has a big battery, supports fast charging (hello Huawei SuperCharge!) and has lots of smart features you’re going to love.

Pre-order the Huawei Nova 8 now for just R99 and get R1,100 off*. Receive the Huawei FreeBuds 4i and Huawei Watch GT Bundle offer valued at R5,698. Visit the Huawei Store for more details. Terms and conditions apply.