What’s new on Showmax in December 2020

Here’s a long list of great new series, movies and doccies to keep you entertained through the holidays 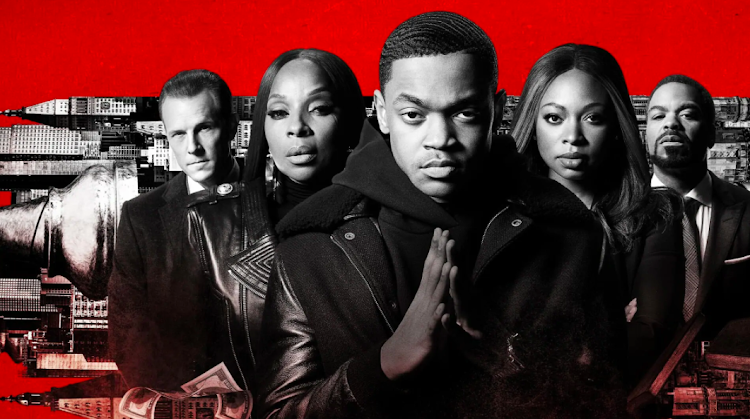 As if we needed any more reasons to be glad to begin the last month of 2020, here’s a long list of great new series, movies and doccies to keep you entertained through the holidays. Prepare yourself for a deluge of Christmas movies to keep you ho-ho-hoing all month long, and new stuff for the kids.

Showmax is releasing a new Christmas special every day until 27 December, including more than 30 international movies, and eight local twists on everyone’s favourite season. In Herb & Moon (December 5), a grandfather breaks out of his retirement home to visit his granddaughter.

In Posbus 1 (December 1), a couple receives a deluge of letters meant for Santa. Years later, after his wife’s death, the man opens one, and it changes everything. Christmas isn’t always plain sailing - follow one dysfunctional family’s summer vacation in Somerkersfees (1 December), starring Milan Murray.

On the international front, catch the blockbuster romcom Last Christmas, starring Emilia Clarke (Game of Thrones) and Henry Golding (Crazy Rich Asians) from December 21, or, for something completely different, a special Christmas episode of HBO’s Euphoria from December 7.

He’s the first voice you hear in The Lion King. He’s a Grammy winner and a Tony nominee. Now, the Soweto-born legend is back in South Africa with his latest production: the Showmax Original reality series Lebo M - Coming Home.

The 10-part series promises fans a front-row seat to his career as he creates new music with the likes of Zahara, Ladysmith Black Mambazo, Judith Sephuma, and his daughter Refi, but it also turns the spotlight onto his biggest dream: bringing his family together.

Along the way, he’ll share the stories of his life: how he got his musical break as a nine-year-old, to his time living on the streets in the US, and how he’s stayed clean since overcoming his alcohol addiction, as well as insider stories from his legendary career.

Collider says Industry is what would happen if “Euphoria and Billions had a baby on HBO”.

Industry is an exhilarating dive into the world of international finance, as seen through the eyes of ambitious twenty-somethings struggling to secure their futures at a top investment bank in London.

This tense mix of mystery, thriller and drama is divided into two parts. In the first half, a man (Jude Law) visits a mysterious island off the British coast and discovers a group of inhabitants intent on preserving their home at any cost. In the second half, a strong-willed outsider (Naomie Harris) comes to the island seeking answers — but instead triggers a battle to decide its fate.

Time praised it as “a riveting psychological thriller and a stunning showcase for Jude Law … eerily beautiful.”

From December 7, same time as M-Net.

Power Book II: Ghost picks up shortly after the earth-shattering events of Power (binge all six seasons on Showmax) as Tariq St Patrick grapples with a new world order: his father dead and his mother, Tasha, facing charges for the murder her son committed. “If you liked Power, you’ll like this,” says Decider. Which is more than enough for us.

For Life was nominated as Outstanding Drama at the 2020 Black Reel Awards, where star Nicholas Pinnock was nominated for Best Actor for his performance as a prisoner who becomes a lawyer and fights to overturn his life sentence for a crime he didn't commit. It has an 86% critics’ rating on Rotten Tomatoes.

The Bold Type follows the lives and loves of three young women who work at a fashion magazine. Beneath the glam, this forthright millennial-favourite drama series is a story of real friends sticking together, working their butts off and finding their way in the world as young adults.

The Bold Type has a 95% critics rating on Rotten Tomatoes and The New Yorker says it’s “a show to warm a jaded heart.”

In Rogue, Megan Fox (Transformers) stars as Samantha O’Hara, who leads a team of mercenaries on a mission to rescue a group of kidnapped girls. When their plan goes south, they find themselves out of ammo and lost in the bush, having to defend themselves against both the kidnappers and an angry lioness.

As The Guardian said: “If the hit Netflix documentary Tiger King had you championing the big cat cause, here’s the animal rights-respecting action-thriller you should watch next …” They called it “an energetic action thriller” where “the action rattles along.”

Sam Mendes, the Oscar-winning director of Skyfall and American Beauty, brings his singular vision to his World War I epic, 1917, which won three Oscars and two Golden Globes this year.

At the height of the First World War, two young British soldiers, Schofield and Blake, are given a seemingly impossible mission: cross enemy territory and deliver a message that will stop a deadly attack on hundreds of soldiers - Blake’s brother among them. 1917 is in IMDb’s top 100 films of all time.

Henk and Sofia fell in love too soon, got married too soon, and now they’re getting divorced too soon. As soon as their divorce is over, they end up in bed together – for the first time in over a year. They couldn’t make the marriage work, but maybe a new type of relationship could? As long as they follow the rules …

Stream it first on Showmax from December 3.

Since exploding onto the South African music scene with his smash hit Cooler as Ekke in 2010, Jack Parow managed to achieve something very few other local artists have been able to do: attract a following overseas. This film documents the path of Jack Parow (Zander Tyler), from growing up in the northern suburbs of Cape Town to the moment where he steps on stage at his own festival to thousands of screaming fans in Utrecht, more than 10,000km from home.

Stream it from December 10.

Directed by actress Reine Swart (Siembamba), Her Mask (aka Heks) is about a grieving British girl who travels to SA to unravel her murdered mother’s secrets. “We thought about the concept ‘everyone wears a mask’ in 2019,” says Reine. “Little did we know that everyone was literally going to wear masks in 2020.”

Written and directed by former Broadway child star Alex Winters (Bill & Ted’s Excellent Adventure), Showbiz Kids is a raw look at Hollywood and the toll that early success can have on young professionals.

It features interviews with the likes of Henry Thomas (Elliott in E.T.), Mara Wilson (Matilda in Matilda),

Stream it first on Showmax from December 7.

Missing travel? Kingdoms of Fire, Ice & Fairy Tales will transport you to three of earth’s iconic wildernesses: Yellowstone National Park in America; the Black Forest in Germany; and the Arctic Circle in Swedish Lapland. These are lands where waters boil, trees talk and the skies light up as if they are on fire. Timeless lands that reveal what life was like a million years ago. Presenter Bonné de Bod and film director Susan Scott previously collaborated on Stroop – Journey Into The Rhino Horn War, which won more than 30 awards around the world.

Stream the English version first on Showmax from December 3.

If you thought Three Identical Strangers was fascinating, HBO’s brand-new documentary film, Baby God, will have you glued to the screen. It examines infamous Nevada fertility specialist Dr Quincy Fortier, a man who deceived countless women struggling to conceive by using his own sperm — without their knowledge or consent — to impregnate them.

Watch from December 11, first on Showmax.

Based on the global blockbuster video game franchise, Sonic the Hedgehog tells the story of the world’s speediest hedgehog as he embraces his new home on earth. In this live-action adventure comedy, Sonic and his new best friend Tom (James Marsden) team up to defend the planet from the evil genius Dr Robotnik (Jim Carrey).

Common Sense Media recommends the movie for ages eight and up, calling it “a laugh-until-you-turn-blue fun film for the family to enjoy together.“

Ben 10 Versus the Universe: The Movie

Calling all Ben 10 superfans! Ten-year-old Ben is getting a little bored with all the day-to-day hero work when he suddenly gets news of a planet-destroying meteor heading straight towards earth. But when his race to stop the disaster lands him in entirely the wrong place, he’s mistaken for his nemesis, supervillain Vilgax. Now, it’s up to Ben to get out of there, and save Earth from the real danger.

For more of what’s new on Showmax, go to Showmax Stories.

Watch all this and more on Showmax from R49 a month »

MTN subscribers can get Showmax Mobile plus 1GB for just R49 a month. That’s 10 hours to stream your favourite series, movies, kids’ shows and more.