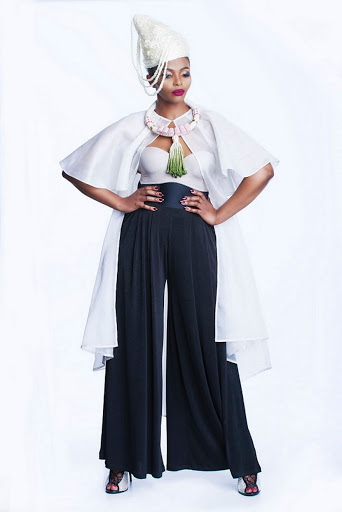 "I needed to check if my heart was still in the right place," Simphiwe Dana mutters softly.

The 37-year-old Afro-soul singer is the first to admit that this year she became the elusive chanteuse.

However, Dana has been more than content to be quiet in the shadows. After all, she points out, her "time out" has been about regaining control over her life.

"I feel somehow changed by it. I feel slightly different. I'm still trying to feel comfortable in this new me," she confesses.

"I needed to step back from the business side of music. I needed to make certain evaluations and double check my reasons for what I'm doing."

Dana says that during this period she felt no pressure to record or release new music.

"The pressure we put ourselves under, that we need to do something, that's exactly what I wanted to get away from. I wanted everything to happen organically, like it did with my first album," she says.

Dana is slowly stepping out of her cocoon. For the fourth year running, on November 3, she will stage her annual full-band concert at the Lyric Theatre at Gold Reef City.

"I don't like labels. I don't think the concert is a comeback, I see it as a continuation of myself as an artist.

"Every time I've held the show, I have to struggle to be heard because everyone is singing along. It's like the most beautiful thing that I've experienced. I call it 'church' because it's an amazing spiritual experience. We laugh, cry and dance together. It's intimate and loud at the same time."

Dana takes me on a trip down memory lane, with a lot of long pauses and deep sighs as she reminisces about her illustrious 13-year music career.

Over the course of four successful albums, she says her greatest lesson has been learning to trust herself.

"When you are misunderstood, you always want to explain yourself. Then you get frustrated when people don't [understand you] and you feel like, 'maybe it's me'," she says.

"They call that the impostor syndrome. You start to doubt yourself on a lot of things."

She holds her debut album Zandisile, released in 2004, as a huge milestone. It earned Dana her first SA Music Award the following year.

"Winning best newcomer at the Samas and cementing my future in the music industry with my first album was a big deal," Dana recounts.

"My international career - winning an award alongside Elton John in Europe, charting on Billboard Music and touring the world - have all been great milestones."

Her last album, Firebrand, was released in 2014. After dodging to give a straight answer on when fans can expect new music, we eventually settle on a reply. Dana reveals that she has been working on a passion project of recording an album of hymns.

"I was tasked to rearrange the songs for this church that is turning 100 years old.

"So I took up this project because it's something that I have wanted to do for years," Dana says.

"But everything happens when the time is right, so I'm working on that. I'm not sure what's going to happen with that. I'm just enjoying the experience."

Asked what it's like to juggle her demanding career with motherhood, the mother of two responds: "It's been OK. I don't like those kinds of questions. Men don't get asked that question. As a result, I question that question. Motherhood has its ups and downs. It brings out the best in me."