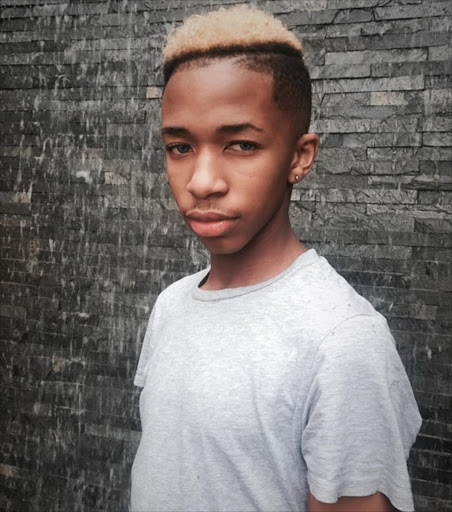 Popular 18-year-old vlogger Thulasizwe "LaSizwe" Dambuza said he wouldn't be gay if his father, Menzi Mchunu, was hands on in his life.

"Because my father (TV personality Khanyi Mbau's father) didn't raise me, I am who I am today. My environment socialised me to connect with my feminine side over my masculinity. I grew up peeing like the females in my house.

"I did not know the difference until I watched a kids programme and saw boys peeing differently," Dambuza said.

"I believe if my father was hands on in my life I wouldn't be gay, not that I blame him or regret who I am, it's just an observation. I am not suggesting that females are the reason behind gayness, but in my life women have been pillars to a point where I was inspired to do what they do.

"Being a gay man in South Africa is still a thing. People will stigmatise you till kingdom comes."

He reminisced about the time he had to come out and tell his parents about his sexuality.

"My late mother didn't talk to me for close to six months after I told her about my feelings towards boys.

"She lost her mind and always reiterated that she will not have a gay son in her house, but she eventually got used to it.

"At school I lost guy friends because they thought I wanted them," he said.

He said the entertainment industry was not very welcoming because of his sexuality and that, because of it, he does not get gigs.

"If it's not my gayness, it's my age. People like what I do but will not hire me because of my sexuality."

Dambuza said that because of the oppression that the LGBTIQ (Lesbian, Gay, Bisexual, Transgender, Intersex and Queer) community faces in society, they are always motivated to work harder and succeed in order to prove their counterparts wrong.