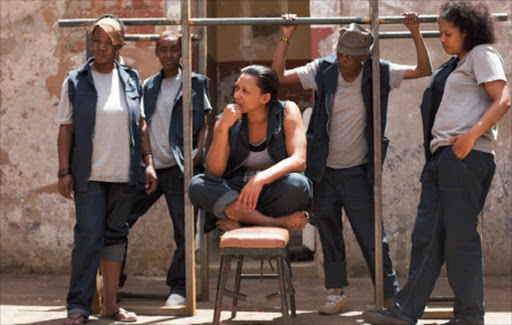 Mzansi Magic has a new and edgy drama series on the way which features an all-female cast.

Titled Lockdown‚ the series is set in a fictional high security prison.

It is a story of two women who took a wrong turn. Ma-Z is sent to prison for the murder of her molester and uncle‚ whose wife‚ Sibongile‚ is now the guardian of her only daughter Nkuli. In prison‚ Ma-Z is a fighter‚ a leader and domination is her game. We meet Ma-Z on her best behaviour‚ 10 days before her release date‚ determined to stay out of trouble‚ get out of prison‚ and rescue her daughter.

The plot thickens when a greedy and power hungry warden‚ Sharon conspires with Sibongile to keep Ma-Z inside.

“Lockdown is an exciting new series that will raise the bar high for South African television drama; there’s nothing like it on our screens‚” said M-Net’s Head of Drama‚ Reneilwe Sema in a statement.

Lockdown will premiere on Mzansi Magic (DStv Channel 161) in January 2017.