Candy the angel of mercy - funds too late for baby 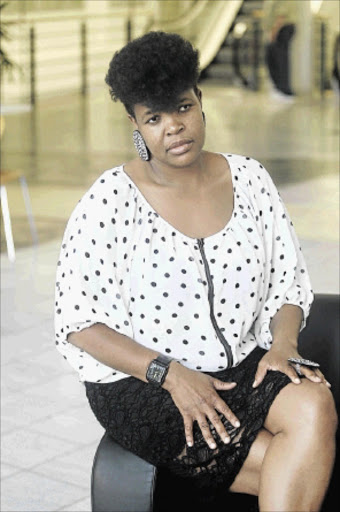 CARING: Musician Candy Mokwena has pledged to help the family of a baby who died after an operationPhoto: Veli Nhlapo

SINGER Candy Mokwena was so touched by the battle against chronic hydrocephalus of a baby that she immediately set out to raise funds for the infant. The baby has unfortunately died.

Mokwena, of Kalawa-Jazmee Records is famous for Tsa Mandebele, a hit in which she leads a chorus of young children through folklore.

The condition, commonly referred to as "water on the brain" saw baby Ntswaki Raleaka's head expand. But Mokwena's efforts proved too little too late as Ntswaki died a week before the big event she was organising.

Mokwena and the baby's mother Sarah Raleaka, 44, grew up together in GaSedibeng village in GaKgapane.

The 17-month-old died on her mother's back early on Sunday when Raleaka and her grandmother were hitchhiking to take her to hospital after she caught a fever.

Raleaka said the baby was born normally but things changed when she turned three months when she started to secrete mucus and puss.

"I took her to Nkhensani Hospital in Giyani where they told me that her head had water in it and they said that she needed an operation."

Raleaka said the surgery was postponed several times after Ntswaki was transferred to Pietersburg Tertiary Hospital.

"They kept on postponing the operation and a year went by without them [the hospital] calling [to schedule the] operation.

"We went there in January; they said we should come back in February," Raleaka said.

The baby finally had the operation last month. She died of complications related to the surgery.

Her death has thrown a spanner in the works for Tsamandebele Foundation, spearheaded by Mokwena, that was in the middle of preparations for a fundraising gala dinner at a local lodge.

Mokwena said the event would go ahead next Thursday at Shidila Lodge, GaKgapane, and pledged that the money raised would benefit the bereaved family to cover funeral expenses.

Mokwena said the gala dinner would be in Ntswaki's memory. "The baby has been to hospitals more than 14 times in her short life. She lived in a lot of pain."