Leleti Khumalo talks about her ‘disgusting’ marriage to Mbongeni Ngema 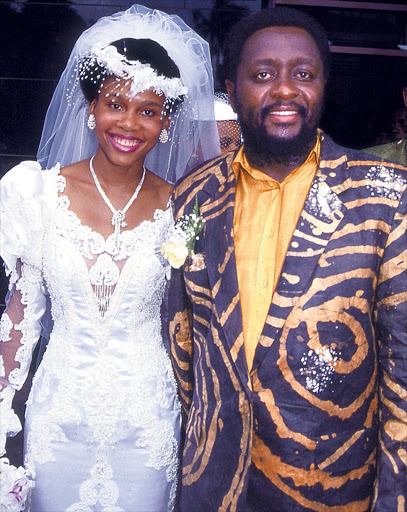 The legendary actress, Leleti Khumalo has finally spoken about her marriage to famous playwright Mbongeni Ngema.

Since rising to fame through popular movie Sarafina more than 20 years ago, a lot has changed for Khumalo.

In a candid interview with entertainment journalist Nicky Greenwall on her E.TV show titled ‘The close up’, Khumalo spoke about her marriage to Ngema describing it as a ‘disgusting’ life, far from perfection and happiness.

“I would portray that I am happy, living happily and yet I’m living a disgusting and strange life,” she said.

“The media wasn’t after me because I was a very private person; they could not see that I was living a false life.”

The pair met while filming the movie Sarafina. Back then Ngema was a married man but it did not stop him from having an affair with Khumalo.

“I kind of had a problem with that, I even asked him and he said he still wants to make me his wife. I continued still because I wanted to.

Ngema was 15 years older than her.

“On the day of the wedding day the wife tried to stop the ceremony,” Khumalo said.

Although she furtively tells the story about her marriage in bits and pieces, she makes it clear that it was not a union that people were happy about; including her family.

“My family was furious they were asking me why I am doing this because he is married,” she said.

Khumalo went on to reveal details about the unhappy life she was living behind closed doors.

“I wasn’t living a normal life. I wasn’t allowed to go anywhere I wanted to,” she said.

“I wanted to do different plays but it wasn’t possible. I don’t know if I could say he was jealous of me, I don’t know.”

After fourteen years of misery she decided to end their marriage which is when her life started to move in a positive direction.

“I woke up one morning, I don’t know what sparked it, I released a statement that we were divorcing,” she said.

The hope for love and marriage never died, along her with her new happy life she met businessman Skhutazo Winston Khanyile whom she has twins with.

The actress seems to have found the happiness she has been long searching for in her new man.

“You know when I met him I told him I was looking for someone who was going to love me, she said.