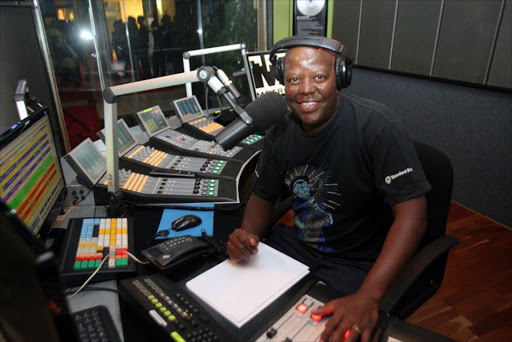 Minister of Arts and Culture Nathi Mthethwa on Monday conveyed his condolences to the family of Metro FM radio DJ Eddie Zondi.

"It is with deep sadness that we have learned of the sudden death of nationally renowned legendary radio broadcaster Eddie Makhosonke Zondi who died at the age of 47," Mthethwa said in a statement.

Zondi, who presented the "Romantic Repertoire" on Sunday afternoons, died on Monday.

"We confirm as the SABC that we received the sad news that Eddie Zondi passed on this morning," spokesman Kaizer Kganyago said.

The public broadcaster also sent its condolences to Zondi's family.

Kganyago could not confirm reports that the radio personality had suffered a heart attack.

Mthethwa described Zondi as a "national icon" and a "legendary broadcaster" who revolutionised broadcasting.

"Today scores of the new generation broadcasters at Metro FM and beyond have been inspired and affirmed by Zondi's unique talent, resilience and determination to use broadcasting to nourish the soul of the nation and lift his life to the greatest heights."

He said Zondi was able to influence the musical taste at Metro FM "with lyrical content that tugged at the heart strings and emotions," which increased the station's listenership.

"He was a rare but highly gifted and disciplined all-rounder who produced his own show, selected his playlist and gave a personal touch to his engagement with female listenership.

"His talent contributed to making Metro FM one of the biggest radio channels in the continent," said Mthethwa.

The Economic Freedom Fighters also sent their condolences to Zondi's family on Monday.

"Radio will never be the same for lovers of R&B music," EFF spokesman Mbuyiseni Ndlozi said in a statement.

"May his soul rest in perfect peace - the peace he managed to give others with his radio show for many years," said Ndlozi.