Tshepo Mngoma and all that jazz! 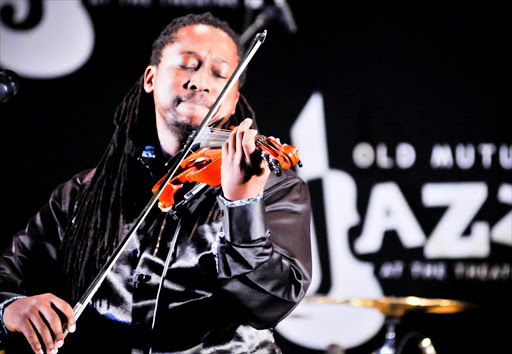 Coming from a family of fame, Tshepo Mngoma is no stranger to the music industry. But with the combination of resignation, modesty and coyness, this talented musician's passion lies in teaching the art to other students more than establishing himself.

Young music lovers at Letsibogo Girls' High School have the privilege of learning the art of music being taught by the son of Sibongile Khumalo and the husband of Swazi Dlamini.

In an area that was previously void of this art form, Mngoma uses music education to expose new audiences to his favourite instrument, violin, and style of jazz.

He loves jazz, and the youngsters he teaches love the proximity to his fame even more.

Having had an illustrious career of playing with big South African musicians, the flexibility and sense of adventure are the trademarks of this seasoned jazz musician.

This exposure leapfrogged his appetite for music.

His flexibility started at a tender age of seven in KwaZulu Natal where his grandmother who was the Head of Department at Zululand University taught him piano, violin, recorder and marimba. Now Mngoma uses the violin to blur the lines between Afro-jazz and Afro-gospel.

In 2009 he released an album called ‘People and Places’ and he collaborated with Hugh Masikela, Zakes Bantwini. He has arranged strings for Swazi Dlamini’s ‘Dance with me.’

His violin has been a big feature on the Market Theatre stage where he has also taken up the role of musical director for a number of plays namely; ‘Guga Mzimba’, ‘Ain’t’ misbehaving and many more.

Mngoma recently released his new album called ‘Journey’, available on iTunes and it speaks to the violinist’s talents in classical, African folk songs and jazz.

He is currently working on Paul Grootboom’s play for the Grahamstown Festival.