Oprah aims for "mindful TV" in OWN network gamble 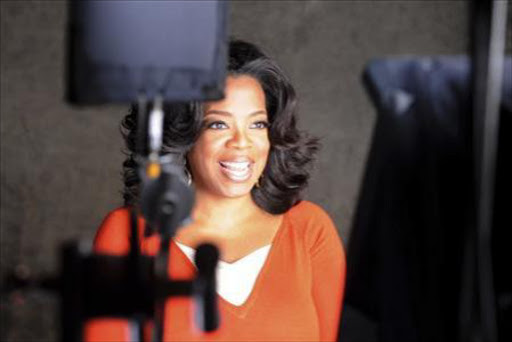 She is already the most influential woman on television, publishes a magazine, has starred in movies, opened a school in South Africa and is one of America's biggest celebrity philanthropists. So why is Oprah Winfrey taking perhaps the biggest gamble in her life and launching a cable TV network?

Because she believes people are hungry for shows that entertain, inspire and offer what she calls "mindful television".

"What I want to do is build a channel that is a respite for your mind, an oasis of stimulation that you come away from with little pieces of light.

"I'm aiming for a moment where somebody could say, 'I never thought of it that way before'. I just love that," Winfrey 56, told Parade magazine in an interview this week.

Three years in the making, the Oprah Winfrey Network (OWN) kicks off on January 1 with a weekend of "sneak peeks" into the array of largely female-oriented original series, lifestyle, and advice shows that viewers can expect in the first year.

OWN, a venture between Winfrey's Harpo Inc and Discovery Communications, will be available in some 80 million homes.

The OWN launch has brought with it some uncharacteristic anxiety for Winfrey, who will end her popular U.S. daytime chat program, "The Oprah Winfrey Show" -- which airs in some 140 countries -- in May after 25 years.

She told her magazine "O" that she has "never felt such fear in all my life" than she has in launching OWN in a crowded TV market packed with hundreds of cable channels.

Winfrey will appear in only 70 hours of programs in 2011, but the OWN schedule has the unmistakable flavour of uplifting tales, self-improvement and struggles in the face of adversity that has come to be known as "Oprahfication".

There are two reality shows about the fractious relationships between movie stars Tatum O'Neal and her father Ryan O'Neal and country singers Wynonna Judd and her mother Naomi Judd.

There will be frank sex and relationship therapy from Dr. Laura Berman and another reality series called "Kidnapped by the Kids" in which children force their parents to ditch work for family time.

"Finding Sarah", featuring disgraced British royal Sarah Ferguson, the Duchess of York, was inspired by a confessional TV interview between the two women earlier this year. In May, Ferguson was caught on camera appearing to ask for cash to introduce a reporter to her ex-husband, Prince Andrew. After the scandal broke, Winfrey advised Ferguson to avoid appearing on "Dancing with the Stars" or a celebrity chef program to restore her bank balance and tarnished image. Instead, Oprah told Ferguson to work on herself, and "Finding Sarah," a six-part documentary scheduled to air later in 2011, is one result of that conversation..

Winfrey will be seen initially in a behind-the-scenes program about her final season of her chat show. She will later appear in an OWN travel series called "Oprah's Next Chapter".

She has admitted the pressure is on to succeed, but said she was looking beyond initial audience figures.

"What will be a failure is if nobody comes and watches this network. What others will perceive as failure is if some shows don't succeed," she told Parade magazine.

"I'm concerned about the bigger overall picture: my belief that people are basically good and want to see the good in them reflected through their experiences and the shows they watch."