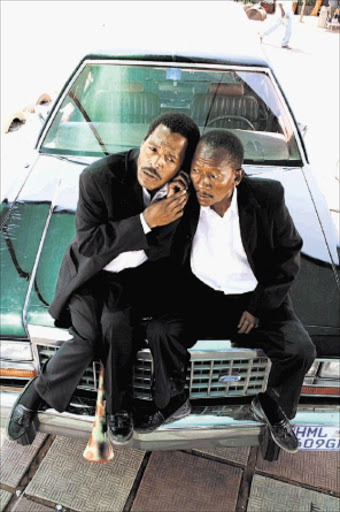 IT IS simple. When creators of a television series have run out of ideas, they close shop and move on.

But not our Zone 14 people. Recent episodes clearly show that the producers are heavily relying on the township lingo to get through the day, or the episode in this case.

Yes, we have to suspend our beliefs when it comes to fiction but honestly some the scenes and behaviour of the characters in this drama are just not township.

If you have lived in a township for most part of your life, you will agree that a soccer team just does not behave like this bunch of players.

Even the people in the drama don't behave and talk like township folks, except for the street language. In this season they have also brought on board veteran actor in Patrick Shai to play Tiger Sibiya.

I have never seen such an angry man in my life. He is forever shouting at his children.

And then there is the romance of Nina Moloi played by Thembi Seete and a younger man. Nothing is wrong with this setup but no woman would invite a lover in her house, passionately kiss him by the door while the husband is in the bedroom.

After all, this is the township and neighbours are always watching like hawks at what is happening next door. We can forgive the producers for some of these fictitious scenes even though they don't reflect how township people live but things are just becoming far-fetched now.

Yes we have grown to love and laugh at Popeye and his spinach but even they are beginning to wane.

We know the producers live in the leafy suburbs but this is their trade and they must do justice to it because they get loads of money for it.