If you are unhappy with your excess, it is best to pay it and get your claim settled, and then dispute it with your insurer. 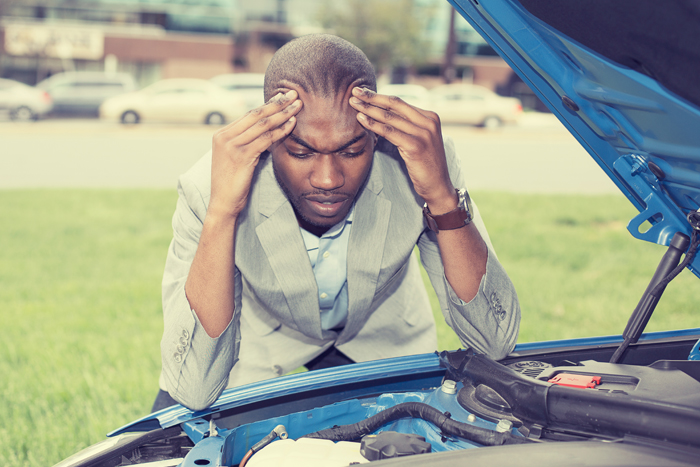 Paying for insurance while nothing goes wrong can feel like throwing money down a bottomless pit. However, tragedy can strike at any time and you want to be sure you’re safe rather than sorry.

So why, when you are in an accident or suffer damage to or theft of valuable items, do you have to pay for your claim to be honoured?

The amount that your insurer demands before settling your claim is called the excess.

Other times, however, when a car's repair cost goes over a hundred thousand rand, an excess of R4,500 seems quite palatable. Or worse still, if you are in a serious car accident and the car is deemed a write-off, an excess of R4,500 seems like a small price to pay for the insurance company paying the bank the remainder of what you still owe - which could be hundreds of thousands of rand.

It is important to understand what this excess is, how it works and why you must pay it.

What is an excess?

The office of the Ombudsman for Short-Term Insurance says an excess is the uninsured portion of your loss or that portion of the claim you must pay for. "When the amount that is claimed is less than the excess, no payment will be made by your insurer."

That may be clear, but what is the point, you may ask?

Etienne du Toit, chief commercial officer at Momentum short-term insurance, explains that the aim an excess is to eliminate small value claims which are costly to  administer, and helps keep premiums lower for you and other policyholders.

He says excess protects you from fraudulent, invalid, unwarranted and high volumes of low value claims, and keeps premiums competitive.

"This is typically a fixed rand amount, but in some instances, insurers will provide the option of a percentage of the sum insured."

Recovering excess from a third party

If someone else caused your loss, the insurer may be able to recover the cost of the claim, including your excess, and then reimburse you. However, there is no obligation on an insurer to recover the excess from another party, but that if they are going to attempt to recover the full claim, they will usually include your excess, the ombud explains.

Du Toit says that while the insurer will typically attempt to recover the excess if a third party caused the damage and is found to be at fault, the responsibility still sits with you to pay your excess before a claim will be settled.

"Since many South Africans remain uninsured, and many not financially able to pay for damages out of their own pocket, in practice only a small percentage of excess payments are recovered from third parties," he says.

If you are unhappy with your excess, it is best to pay it and get your claim settled, and then dispute it with your insurer, the ombud says. If that fails you can lodge a complaint with the ombud.

Standard/basic excess: the insurer’s standard excess for the type of insurance.

Voluntary excess: an excess you may agree to carry in addition to the standard excess in return for a discount on the premium.

Additional excess: the insurer charges an additional excess, for example, in car insurance where the driver is younger than 25 or has a driver’s license for less than two years.

Imposed excess: an insurer may impose a non-standard excess because of the number of claims you have had or for other factors which may mean you are more likely to make a claim. For example, if you have had several claims for leaking pipes, the insurer, if it is prepared to continue insuring you against such claims, might impose another excess for all such future claims.

Excess waiver: a value-added product intended to cover your excess. It can also refer to your insurer doing completely away with your excess. Some insurers will structure your insurance so that you pay no standard excess at a slightly higher premium, the ombud says.

Du Toit says says excess waivers or excess busters typically come at an additional cost to you, the insured. “You must talk to your financial adviser or insurer to help you identify their needs, and most importantly take the appropriate steps to reach those goals."

A basic rule of thumb on how much your excess will be is: the higher the premium compared to the market standard, the lower the excess and vice versa.

The ombud says the insurer must inform you at the start of the contract of the standard excess and all other excesses that may be applicable when you claim.

Truth pays when it comes to insurance claims

Official figures show the life insurance industry turned down over 5,000 claims worth more than R1bn, mostly because of nondisclosure or ...
Business
3 years ago

What to ask a financial adviser

Three things to find out upfront
Business
3 years ago

The start of a new year is a popular time for buying a car, to coincide with a new job, the start of your professional life or a pay rise.
Business
3 years ago
Next Article