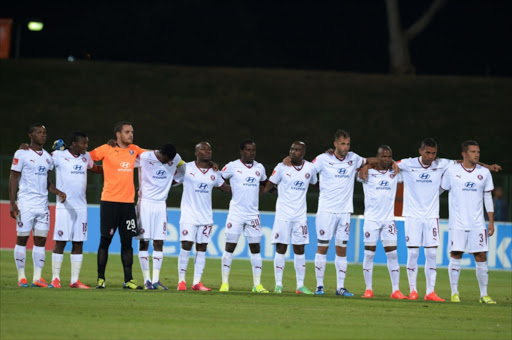 The Birds face automatic relegation tomorrow if they don't beat Bloemfontein Celtic in their final Absa Premiership match of the season. Even victory might not be enough if results elsewhere do not go their way.

Swallows led going into the final quarter of the game, but allowed Ajax two headed goals from corners to lose and sink to the bottom.

They need to better the result of AmaZulu tomorrow to move off the bottom of the table or face a first relegation in the club's history.

Asked how he would pick the players up from their midweek disappointment, Rosslee said his actions were "irrelevant" and that the players need to take responsibility.

"What I am going to do is irrelevant, the result that has panned out has forced us into a situation that we have to win come Saturday," Rosslee said.

"The point we lost [against Ajax] has made it very difficult because psychologically that would have helped us put pressure on the teams around us.

"I will do what any coach will do, but the players now have to find the strength within themselves to get the result. We know we can go win the game and yet if the results don't go our way still go down. But that is the justice we will deserve after defending like we did against Ajax."

The shortest player on the park, Riyaad Norodien, headed Ajax's first goal as Swallows keeper Greg Etafia flapped at a corner. "We had superior height in the 18-yard area, for Ajax to score two headed goals is ridiculous," Rosslee said.

"It is not a mental thing, it's something that I think has been there all season, the way they defend the corners."

Swallows have now given up 19 points from winning positions this season.