Nothing super about egomaniac Naomi's behaviour in Mzansi 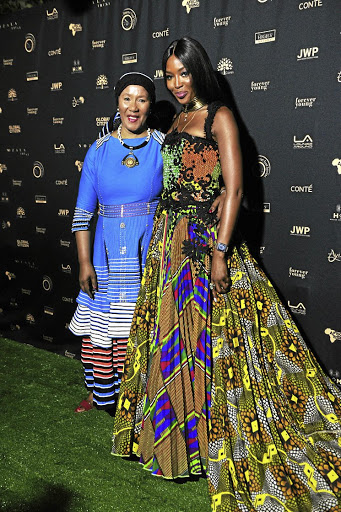 Naomi Campbell's involvement in the Global Citizen Festival: Mandela 100 is such a sham. Shwa has got all the tea on the wrath of the infamous supermodel's diva tantrums as experienced over two days.

Darlings, settle down for the juice.

Firstly, the Motsepe Foundation's Christmas for our People event was such a beautiful cause that prima donna Naomi's appearance was not needed. More than 20000 underprivileged kids were handed toys in the spirit of Christmas, but moghel arrived super late, after the whole thing was done. What an insult to Tata's humility and greatness.

The icing on top was at the Forever Young Ball, held at Mandela's Houghton house.

Egomaniac Naomi showed the local press her true colours and what little respect she has for us.

After a two-hour wait, Naomi finally rocked up and was on the green carpet for less than a minute. Mind you, most of the media had left, so in a panic her team begged whoever was there to create "drama and atmosphere" for her by switching on the flash on their mobile devices. What a joke my darling!

She looked like the picture-perfect dragon lady as she smouldered in a fiery gown, alongside Xhosa goddess Makaziwe Mandela-Amuah.