Where board meetings are bored meetings 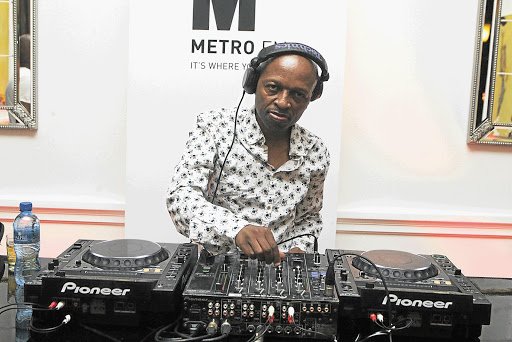 STAFF PARTY: Vinny Da Vinci was one of the few celebs at the event.

METRO FM recently celebrated its 27th birthday at the plush LeChatelat in Sandhurst. Talk about a staff party. Yawn!

It's rare for Shwa to be so bored on a Saturday, and at such a swanky space, too, but congrats to Metro for proving that it could be done.

If it weren't for the fabulous industry gays, Shwa would have fallen into a coma. The garden set-up had people firmly parked in chairs, just ordering drinks and chatting among themselves. The celeb quota was provided by the station's staff, but even then it was just a few of them such as DJ Sbu, Vinny Da Vinci and Eddie Zondi. Zizo Beda who was there working didn't stay long. Fashion designer Thula Sindi looked as bored as an Oreo with no cream. Talk about a black event.

DJs Naves and Spectacular could have livened things up if they were allowed behind the decks. Alas, we were left to listen to house music in the early evening. Who plays deep house at 4pm?

A little birdie told Shwa that the popular DJ duo were not included on the players' list and got the notice about the party late. It's bad enough that the invitations were sent late, but to your own staff?

I saw Phat (lips) Joe gathering people to go inside to listen to some Trey Songz and Usher wannabe from Muthaland Music, formerly known as Ghetto Ruff. That record label owner Lance Stehr is a hustler for life. Sigh.

Yours truly escaped with the gays as soon as it seemed acceptable to disappear. Even Bridget Masinga left with us and she wasn't even there for an hour. What a waste of time and energy.