Of nags and hags 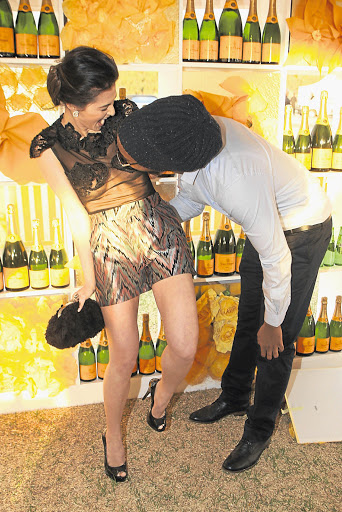 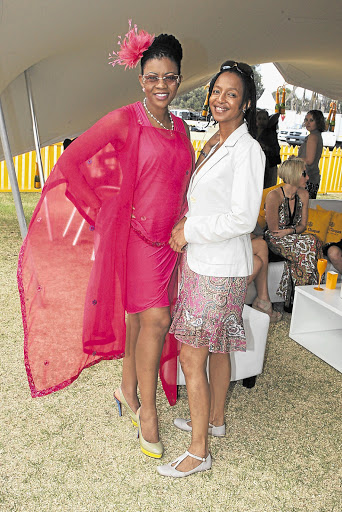 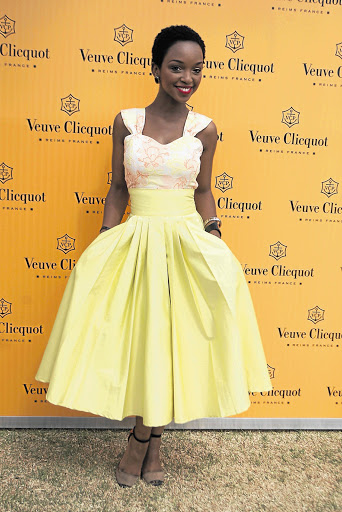 NOT fair! Shwashwi must have missed the part in the memo for this past weekend's Inanda Africa Cup Series that read "Bring your gay clutch bag".

The polo, held at The Mudd Hut - the Inanda sports club - was like a celebrity hag competition. Just ask Tony Yengeni, who rocked up at the Veuve Clicquot marquee with socialites Linda Moeketsi and Shakes Mokgosi. The invitation said "floral", not "disturbing white", gentlemen.

Basetsana Kumalo was also there, dressed down in jeans and some top. Her designer bestie Gavin Rajah would be scandalised. Shwa imagines that he's not one to be bothered with folks who look as if they just stepped out for a bread run.

Bassie was there with her sister and Shwa's favourite fashion mishap, Johanna Mukoki. It was touching to realise that Jojo has been listening to yours truly. Girl looked passable for a change . Yes, it was a bit too much fuchsia for someone over six , but she tried, okay.

Saw new designer Dineo Ranaka with her All Access crew. They stuck to her like glue, maybe to make sure she doesn't do repeat walks to the bar because the firewater tends to up her temper.

But let's address the disaster that was newbie singer Nandi Mngoma. First, the dress she was wearing was really wearing her. Second, it had stains on it. She looked like an upside-down sunflower with that yellow skirt and brown shoes. And the hair. It was dirty. That residue resembling dandelions moulded into the matte 'fro/locks thing on the head. girl, it looked as if you had woken up in a Rasta commune! Ask Lira how the hair thing's done.

Proverb showed off his body. Did he have to look like a pack of cards, though? The red, blue and tartan were a bit much, boo.

The Link's Lerato Kganyago looked like a darker version of Nicki Minaj - a bit of liquorice allsorts mixed with animal print and a booty so pronounced we wonder whether there's been some work done.

The Champagne snobs at the Veuve marquee referred to the the Grey Goose tent as that of the wannabes and wish-we-coulds. Khanyi Mbau and the entire Lerole clan - boyfriend Tebogo included - were there.

Speaking of Tebza, someone please tell him that it wasn't a theme party called Polo. There was no excuse for those jodhpurs if you've never been astride a horse before.

And while Shwa loves Lalla Hirayama and her boo, Chris Nkosi, to bits, their boob-munching PDA made yours truly grind her teeth in embarrassment.

The party was great, the Goose was the place to go after Veuve, and it was great seeing little Tony again.