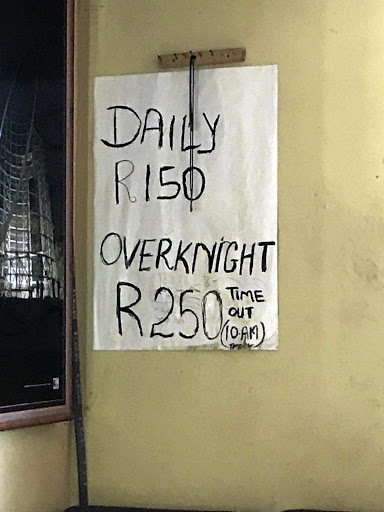 A sign at a B&B in Putfontein, Benoni, where Sibanda died
Image: Amos Mananyetso

A quiet community on the East Rand has been rocked by the death of a local businessman who kicked the bucket while having sex with his nyatsi at a nearby bed and breakfast last week.

Pensioner and small-scale farmer Jottah Sibanda met his creator in the most dramatic fashion as he took his last breath while in the arms of his mistress of more than 20 years.

Sibanda, 67, according to what the woman told the police, took off like a stolen VW GTi on Tuesday morning last week but started tapering off before losing power and then started to struggle with his breathing. The woman then quickly wrapped herself in a towel and called for help.

Staffers at the B&B called an ambulance as well as police. The man was certified dead on the spot. The incident took place at a nameless B&B, which is two streets away from his home in the farming suburb of Putfontein in Benoni, while the man's wife was at work in Durban.

Gauteng police spokesperson Lungelo Dlamini said: "Police are investigating an inquest docket [opened] after the deceased died at a plot, where no foul play was suspected. Once the postmortem results and other relevant statements have been obtained, the case will be forwarded to an inquest court for a decision." 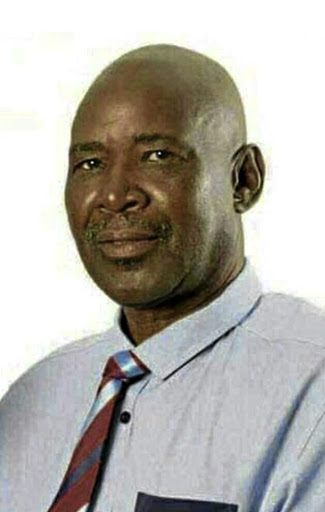 Police have opened an inquest docket following the death of Jottah Sibanda.

When Sunday World visited the suburb this week, staffers at the B&B confirmed that the incident took place, saying the madala booked a room at 8am and paid R150. According to a police statement seen by Sunday World, officers found the man lying on the floor when they were taken to the room by the B&B security guard at 9am.

"He [the police officer] was told by an African female [name witheld] ... that she was busy having sex with Mr Jottah Sibanda and the deceased happened to be weak and he was not breathing well.

"She then tried to assist him but he couldn't wake up. She called the security and the security called an ambulance; when the ambulance arrived they certified him dead," read the police statement.

When Sunday World visited Sibanda's home, tenants who reside in a row of back rooms on his property said his wife and other family members were not available as they were in Zimbabwe to bury him.

"They left yesterday [Tuesday] with his body. We understand that the funeral will be on Thursday in the village of Nswazi in Gwanda [a town situated more than 100km outside Bulawayo]," said the tenant, who refused to be named.

When asked if he knew the cause of death, the tenant giggled and claimed that he heard "Mr Sibanda died while having sex because he had taken vuka vuka [sex-enhancing] pills".

The tenant said Sibanda retired as a road maintenance manager in 2017 and has been farming cattle, sheep and crops. 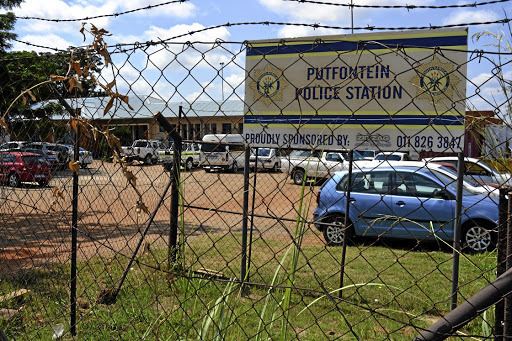 When Sunday World visited the middled-aged nyatsi at her home in the nearby township of Etwatwa, she confirmed that she was in the presence of Sibanda when he checked out from this world but declined to comment further.

She said she needed the permission of Sibanda's wife and family before she could grant an interview. "We must wait for them to come back from Zimbabwe then I will talk to them and tell them about your request. I don't have a problem to tell you what happened. I loved him," she said, with tears rolling down her face.

One of the woman's neighbours said she and others were aware of the relationship between her and Sibanda as it had been going on for decades.

"Even her children know about ubaba Sibanda," said the neighbour, asking to remain anonymous.

"They started dating while he was still staying here in our kasi many years ago," she said.